Although details for the last leg of the Olympic Flame’s journey were only confirmed near the day itself, onlookers turned up in force and lined the length of Chestnut Avenue to cheer it on its way towards the river.

The first torchbearer was Rosie Hynes who was nominated for her basketball achievements and her involvement with the Lloyds TSB Local Heroes Programme. 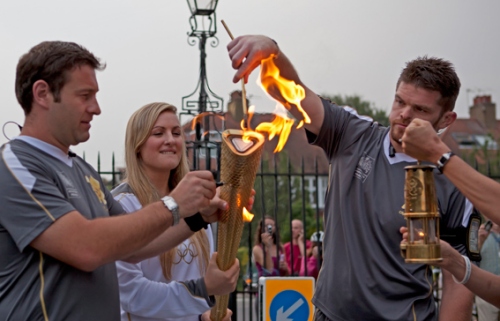 ‘Lighting up’ the Flame, photo: Rebekah Taylor Photography. The cavalcade of Olympic vehicles cut through the park in no time with Olympic helpers handing out banners and flags to wave and creating a buzz in the crowds before each torch-bearer passed, flanked by security. 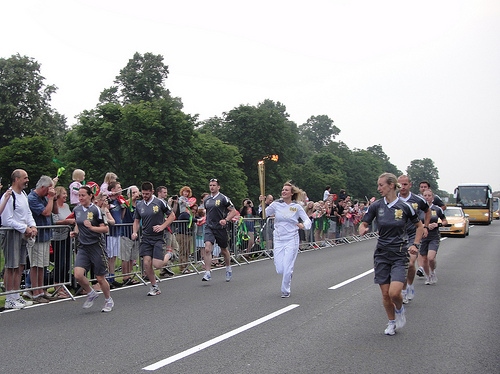 The Torch procession passed pretty swiftly but many decided to keep up with it through the park on bike and foot. Many others immediately headed the opposite direction towards the Lock, pouring down the high street and clogging up coffee shops on the way to grab some caffeine to sip whilst at their spot along the Thames.

The Torch was slightly delayed at Hampton Court (not by the journey through the maze!) and the 8:12am bell-ringing from bicycle bells and boat horns heightened the anticipation for the waiting crowds.

Richmond Borough estimated that there could have been as many as 11,000 spectators at Teddington Lock and a huge queue greeted many when they arrived at the footbridge. 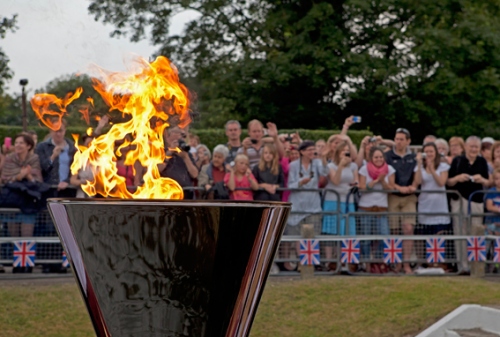 The Olympic Flame was admired by many as it sat in the larger lock – rarely used in recent times. Photo: Rebekah Taylor Photography 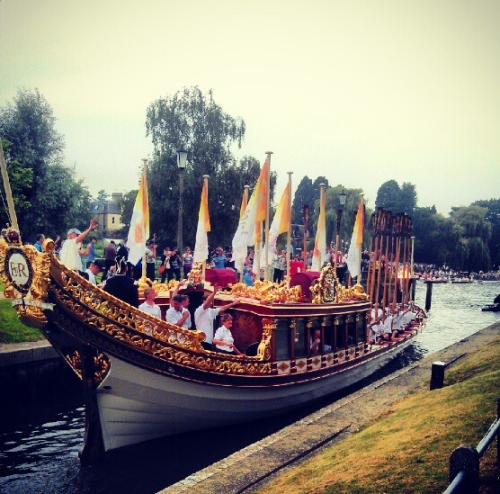 Glorianna gets away again on its journey towards Richmond. Photo: Deon Scheppel. 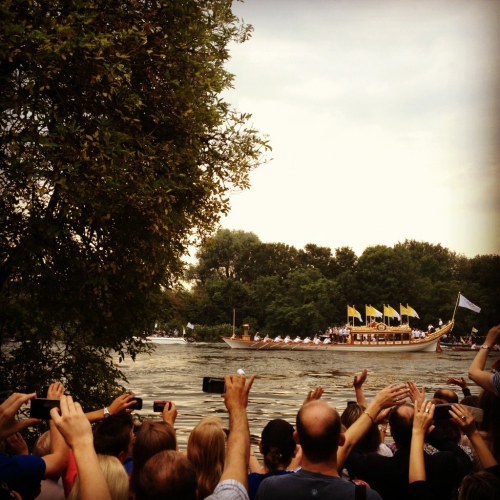 Photo: Rhodri Williams with a view from the extremely packed Radnor Gardens: “never gets old seeing it, extra special it’s so close to home“. 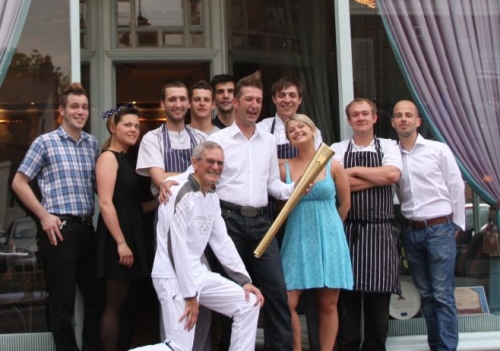 Later in the day, torch-bearer Keith Howard lends the torch to the Retro team for a snap to inspire a gold-winning services on Saturday night.

If you were wondering what the flotilla looked like from above then check out this aerial footage.