It hasn’t been long since the last crime update but there have been a few incidents of note in a short amount of time.

Sadly and rather shockingly, over £900 of money raised at last week’s Macmillan coffee morning was stolen from Imperial Sports Ground in Udney Park Road. This charity event helps raise funds to provide care, medical and financial support for those suffering from cancer. [Money now found – see below for update]

It is believed that the cash (also perhaps along with raffle ticket stubs) were taken towards the end of the day on Friday 28th September. If you saw anything suspicious please get in touch with Teddington Police, Crime Stoppers (anonymously) or email macmillan.teddington@aol.com. 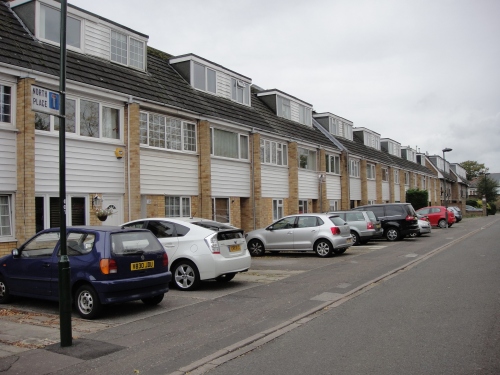 Police recently swooped on addresses in Teddington and Luton to arrest residents accused of supplying counterfeit documents. Kuldeep Singh, 34, of North Place has been charged with supplying fake documents to aid illegal working.

Both were targeted by a UK Border Agency investigation to fight immigration crime. Items seized during the raid included phones, documents and other material that will add to evidence and used in court depending Mr Singh’s plea on December 10th.

There has been a spate of burglaries in Blackmores Grove, near Teddington train station. At least one of these was carried out by climbing in through a high-up open window. Another happened in the half an hour when the house owner picks up her children from school. Note always lock your doors and windows even if you’re only planning on leaving your residence for a short while.

[Update 17/10/2012] the lost money and raffle ticket stubs have been found – they were misplaced rather than stolen. Big thanks go to Dexters who stepped in to make up the difference and are now refusing to have this money returned, so the event’s takings now total over £6,000!

Now that the ticket stubbs have been found, winners can now be informed of their prizes. In addition to the prizes already announced, you can bid for a unique prize: a session on a multi-million pound British Airways Flight Simulator (for 2 people, 12 yrs or over at Heathrow). Email your bid to: macmillan.teddington@aol.com.