Teddington station will be preserved after it was granted Grade II listed status by English Heritage. This is in advance of next year’s 150th anniversary of the railway in Teddington and the designation will help keep the architectural gem for future generations.

Although not under any current threat, the status means that the building of special architectural/historic interest warrants every effort to be made to preserve it. The main station building is the earliest surviving example of Italian villa-style stations built by South Western Railway in the 1860’s, on the first suburban rail network designed to take workers from the fast-expanding south-west London suburbs into London. 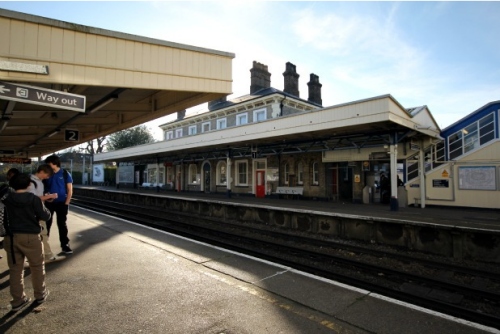 Teddington ward Councillor Elengorn: “The listing will protect it from unsuitable additions, corporate signage and clutter and help maintain its position as one of the most important buildings in the Park Road Conservation Area. The Park Hotel also dates from the coming of the railway in 1863 and has been listed Grade II for some years. This completes the picture.”

The railway line also gave Teddington it’s only hill – the man-made central bridge that splits the main road into Broad Street and High Street. Teddington has many listed buildings and notices of Townscape merit, designed to protect the rich architectural and historical heritage of the area. 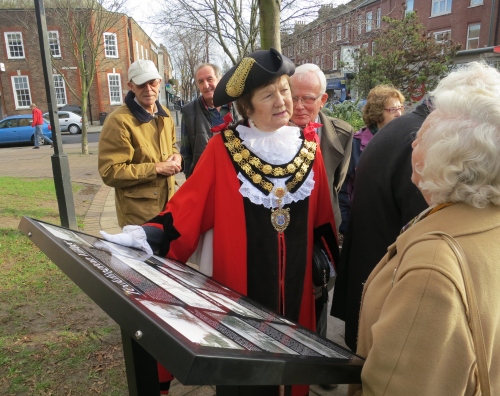 Residents and visitors to the town can now learn more about the history of Teddington from the newly installed information board in Elmfield Gardens. The Teddington Society’s Historical Research Group provided historical facts and photographs for the board that was unveiled today by the Mayor of Richmond.

Paddy Ching gave a short history of Teddington’s early beginnings, how the village became a town and an overview of the information listed on the board (also dispelling the myth about how Teddington got its name!). The board was officially unveiled to the public as several local councillors and well-wishers looked on. Photos and detail on the board include Broad Street, Teddington Public School, Elmfield House, High Street, Manor House, Teddington Bridge, St Mary’s Church