Children and horses at Park Lane Stables dressed up in odd socks to help raise awareness of Down’s Syndrome on the 21st of March.

Cakes and balloons were given away and children were taught about the condition on World Down Syndrome Day. Around the world, supporters wore mismatched socks and some wore 3 – to symbolise trisomy 21, a genetic disorder caused by the presence a third copy of chromosome 21. 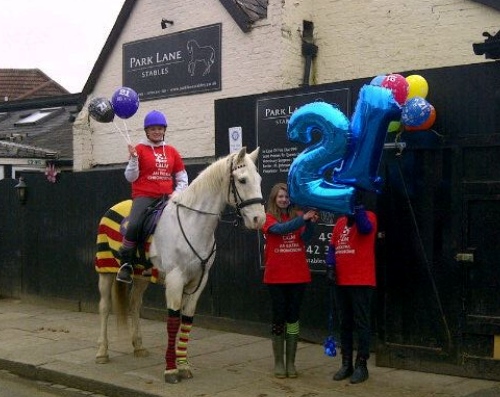 Teddington Baptist Church minister Richard Littledale will be among the 2000 riders taking on the 100km ‘Nightrider’ event through London to raise money for Princess Alice Hospice (PAH). After a member of his church spent the last few weeks of his life at PAH, Richard noted that the staff treated him and his family “with the utmost warmth, humanity, dignity and compassion” before he passed away.

Richard has had to increase his fundraising target twice already to help raise funds for the charity that cares and supports for patients with cancer and other illnesses in South West London (costing £8 million per year). As well as donating towards his new target, businesses can also appear as a sponsor for £25 on his racing jersey. 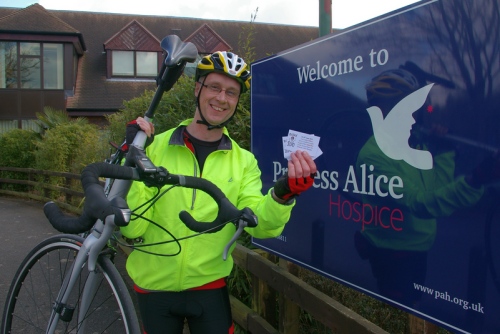 This year’s Pink Ribbonwalk will be taking place on Saturday 15th June 2013. The 10 and 20 mile distances both start and end at Marble Hill Park taking sights such as the Thames Path, Bushy Park, Ham House and Hampton Court Palace on route.

A Teddington resident is taking part in this year’s walk in memory of her mother, who she lost to breast cancer when she was 15. Jakki Meads Road took part in last year’s walk in Marble Hill Park and along with her team The Abercorn Belles (from the Abercorn Arms) raised £3,000. The team is currently in training for this year’s event and are hoping to smash their fund-raising target (sponsor sheets are in the pub) along with a further charity night on the 8th of June. 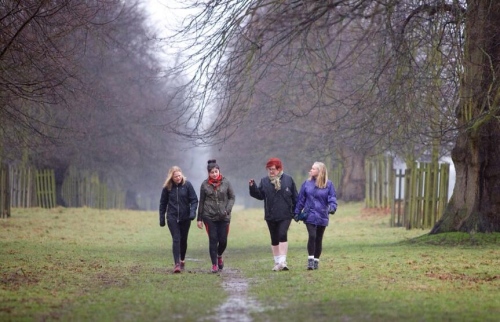 The Abercorn Belles training for their 20 mile Pink Ribbon walk

The sixth annual Mundays Charity 5k fun run for Princess Alice Hospice is on 22nd May this year. Supporters are encouraged to watch with a picnic and for competitors there will be team prizes, chip timing, same night results and race photos. You can donate to this fund via their JustGiving page.

Suki Hubbard is running this year’s London marathon to raise money for the Scoliosis Association, a condition that her daughter Ella suffers from. Ella will be having an operation on her spine in May which will take six months to recover from. Money raised will go towards support and research to help people with the condition – you can donate towards this cause here.