Several fire engines were seen in and around Bushy Park this afternoon, tackling a fire within the park near the Pheasantry Cafe. Some visitors to the park reported smelling smoke several hours earlier but were not aware of a fire was being fought nearby.

Firemen just before 6pm told a crowd of onlookers that the fire couldn’t be controlled by initial efforts so hoses were being prepared to supply water from outside of the park. 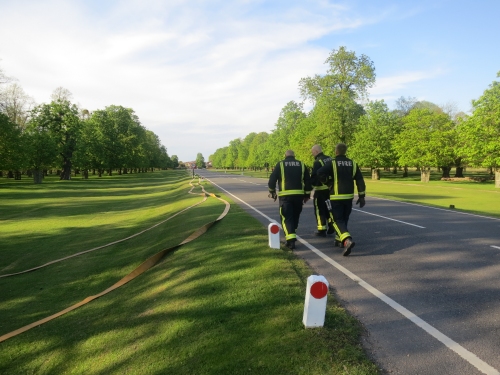 Hoses from several fire engines were connected to cover the distance of just under half a mile from the water main in Park Road/Sandy Lane. 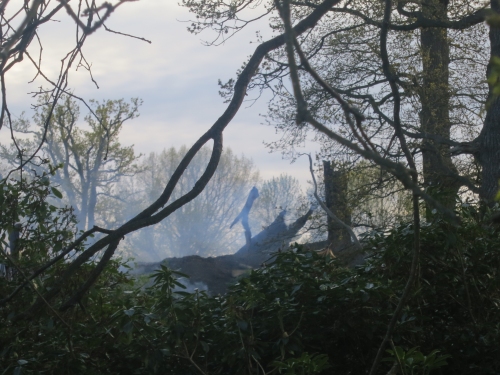 Billowing smoke could be seen behind the fence surrounding the storage area at the back of the Pheasantry Cafe – a bank of built up material containing tree stumps looked to be the source. 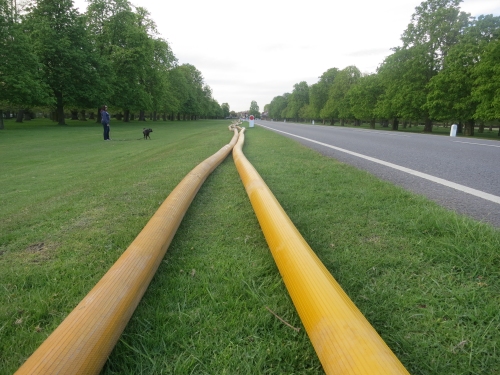 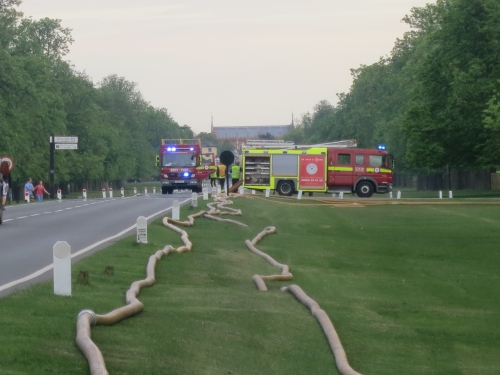 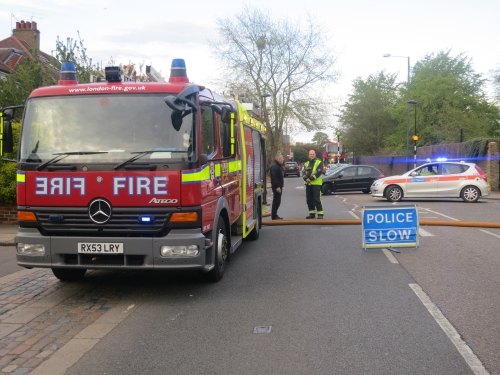 Initially ramps were put over the hoses in Park Lane to allow cars to pass, buses were stopped and passengers had to disembark. Cars were then also asked to turn around and find alternative routes. Chestnut Avenue was closed from the Teddington end but cars were allowed to leave via the Hampton Court Gate which was still open to allow cars in and out of Diana Fountain car park.

[Update] TFL reported that the road was re-opened by 8:35pm. The fire was 100 tonnes of peat that caught alight from a “controlled fire”.