Squatters are currently occupying the former Bottoms Up unit in the Causeway and offices in the three storeys above.

Notices from the occupiers in the window state that “This is not a ‘residential’ building within the meaning of section 144, legal aid, sentencing and punishment of offenders Act 2012 because it was NOT designed or adapted, before the time of our entry, for use as a place to live.

The provisions of section 144 are therefore not applicable to this building or to our occupation of it… we live in this property, it is ours and we intend to stay here.” Full text here. 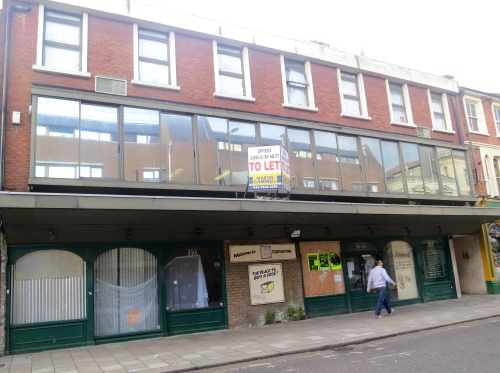 Solicitors acting on behalf of Marcus King, managing agents for the building, have begun action to evict the squatters.

Squatting is only a criminal offence if in a residential building. In commercial ones, this is a civil matter that the owner is responsible for, although police will assist any home owners or landlords by attending any eviction if a court is obtained.

[Update 23/05/2013] The Bottoms Up unit was today secured overlooked by PCSOs – new secure doors and shutters have been installed. Squatters continue to occupy the offices above. 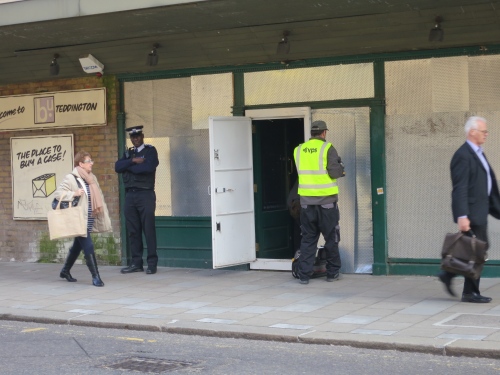 [Update 25/05/2013] Approximately 30 police officers with body armor and police dogs attended the squat this morning just before 6am following an incident on Friday night. The back door that squatters were using to enter the offices is now boarded up and ‘occupied’ posters have been removed. Neighbours had reported a loud party on Friday that lasted until 2:30am on the roof terrace.

It appears as though the squatters actually called the police on themselves after a disagreement.

0 thoughts on “Squatters move into the Causeway”