Police have appealed for witnesses after a sunbather was sexually assaulted in Bushy Park 11:45am last Thursday. A 21-year-old woman had fallen asleep whilst sunbathing with headphones on and awoke to being assaulted by a man, described as being in his late 20’s, wearing a white t-shirt and dark tracksuit bottoms. 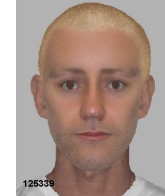 Police have released this e-fit of the man they wish to talk to – this took place near Teddington Gate Lodge (the building at the main Teddington road entrance) and the man left towards Sandy Lane Gate. Police patrols in the area have been increased since the incident and if you have any information, you can call Crimestoppers anonymously on 0800 555 111.

[Update 22/07/2013] After reports that Home Park was sealed off today following a further sexual assault, Richmond and Twickenham Times, are reporting that this took place last night and a 20-year-old is currently in custody in relation to this incident.

Particular crimes seem to be re-occurring in the area – many cars are being broken into to steal items left on display. Teddington SNT are reminding motorists to always remove satnavs (and traces of them from windscreens), also phones, laptops, sport equipment & other valuable items such as bags out of sight to avoid these opportunist thefts – more advice here.

In recent incidents, several cars have been broken into in Coleshill Road/Clapperstyle car park, just outside of Bushy Park (near NPL) and two cars had windows smashed and items taken on Park Road. 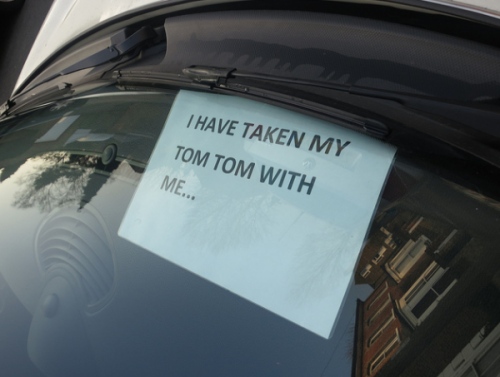 Thanks to recent home-grown success at the Olympics and elsewhere, cycling is officially the UK’s fastest growing sport. To accompany this, sadly cycle theft is also one of the fastest growing crimes in the borough – up 66% with Richmond and Teddington being the two main hotspots, particularly for high-value bikes.

British Transport Police have been cracking down on bike thefts from in and around train stations and have caught some thieves in the borough in the act of taking bikes from cycle racks.

Bikes can be security marked for free at local safer neighbourhood team marking events, photos of bikes will also help track down any that are stolen. Garages are often more secure than sheds, as long as good quality locks are in use. Some bikes that are stolen from are often worth more than the sheds they were stored in, so ensure tamper-proof screws are used on doors and again that good quality locks are in place.

When leaving your bike unattended always lock it up & remove items such as cycle computers, lights, panniers to reduce the chance of theft. One bike was stolen whist the owner quickly popped into Teddington M&S. Local police are also reminding residents to be wary of leaving windows or doors open during this hot spell where possible (especially when you leave the house) – this often invites burglars to an easy crime and insurers won’t pay out for lost items if your house isn’t left secure. 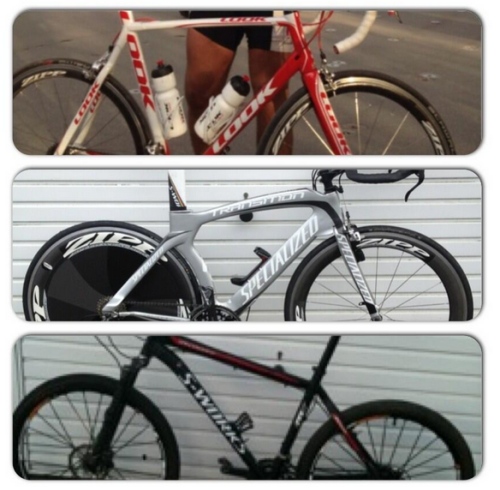 Three of five high-value bikes stolen during one theft in Teddington in May.

Teddington Lifeboat station have warned that although during the hot weather it seems very tempting to take a dip in the Thames, or jump from the smaller footbridge, there are hidden dangers and strong currents in the water – they have been called out recently where swimmers have found themselves in difficulty.

Local shops have been targeted by two female distraction thieves, believed to be Eastern European and in their early twenties – they have been heading to the back or opposite ends of shops and cafes and targeting phones and other items of value.