Haymarket are holding an additional public consultation for the Riverside redevelopment of their site (currently Teddington Studios, Haymarket and other offices). This is taking place on 22nd and 23rd October from 3pm until 9pm.

Following feedback from the initial proposals, plans have changed to reduce the number of homes from 250 to 215 and the height of buildings scaled back. Other changes include increased parking and more public space near the river front. The Riverside website has also been updated with the newer proposals. 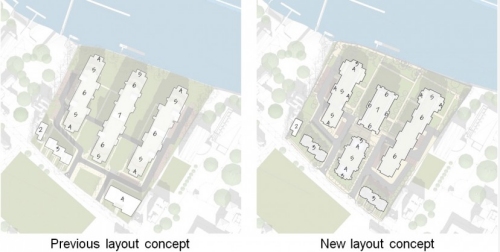 Residents are welcome to attend the exhibition for more information, discuss the plans and give feedback on the updated scheme before plans are officially submitted to Richmond Council later this year. You can also add your feedback to the proposals via teddington-riverside@gka.co.uk. 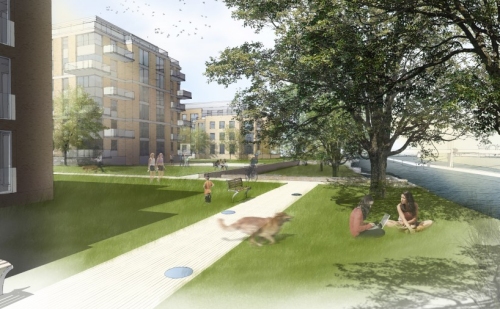 Artists impression of the proposed Blue Plaque walk along the river front.

In addition to recent highways including the refreshing of pavements, LBRUT’s plan to improve the borough’s roads and pavements will continue with The High Street being resurfaced overnight from 4th to the 13th of November 2013 8pm-5am, with no drilling work after 11pm.

Due to the road surface being replaced, diversions will be in place and delays may occur. Temporary parking restrictions may come into place on certain stretches of the road too.
[Update 08/11/2013] The High Street work has been delayed by equipment breakdowns during the first 2 days, this will now re-commence on Sunday/Monday night after (no work is scheduled for Friday/Saturday night) and completion of this stretch is due by Wednesday morning (5am). The overnight road-resurfacing work and associated closures and diversions will take place on Broad Street (between Church Road and Stanley Road, including The Causeway) 1st-11th December from 8pm-5am with drilling again kept to a minimum after 11pm. 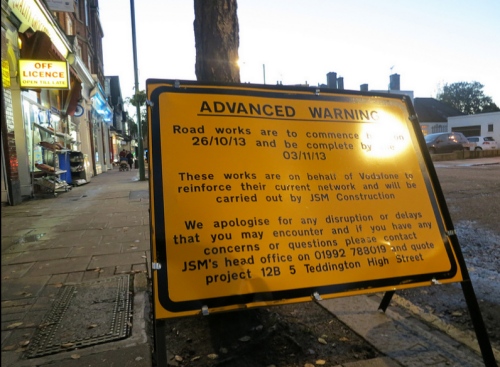 Richmond Council have put up notices across the borough to signify areas that they wish to be redeveloped in the future as part of the Site Allocation Plan – one such site is the BT Exchange building on Teddington High Street.

The proposal (page 53) is to demolish this building and rebuild as retail/commercial on ground floor, with residential above, including affordable housing. This plan could only happen though if the site is released by BT and there are no indications that they will do this.

It is believed that the council may have similar plans for the similarly unattractive HSBC building should it become available. Key employment sites, where adopted policies for employment will be applied, have also been proposed in including in Teddington the NPL campus, Waldegrave Road cluster and Teddington Business Park. Feedback [see here] for the Site Allocations Plan is welcome up to the 12th of November.