The risk of flooding in the area remains high and will do so even if after rain (eventually) lessens, as rivers respond to heavy rainfall upstream and as groundwater remains waterlogged.

The Thames Barrier has been closed at 11 successive high tides to protect homes and property from the barrier to Teddington Lock. Further rainfall is currently forecast so further or increased flooding along footpaths and property on the Thames could be expected. The Thames has at times been the same level either side of Teddington Weir and is flowing at high rates. 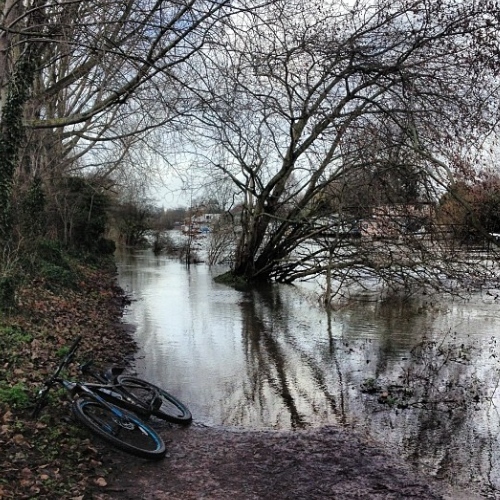 The towpath is flooded and impassable in places. Photo: Max Ellis.

This river level measurement page shows that the Thames height at Thames Ditton Island is currently 6.47 metres – it is usually between 4.46 and 5.5 metres and is approaching the highest ever recorded levels (6.7m) for the island. You can keep an eye on local flood warnings via the EA site. 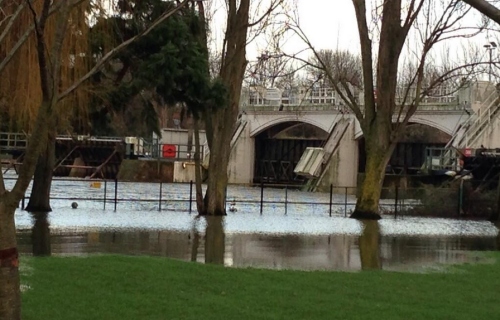 The Thames overspilling on to The Lensbury Gardens. Photo: Do Events.

The train line between Shepperton and Fulwell are particularly susceptible to flooding due to high tides and heavy rain (see recent flooding at Fulwell), leading to conductor rail vapourising water). This line has been blocked several times already causing travel disruption – this is likely again to be blocked from early Wednesday the 8th January so buses will replace trains until at least the afternoon when services may resume if possible. See South West Train alerts for more info.

[Update] Photo by Max Ellis of the flooding at Fulfwell that follows heavy rain and affects trains – water isn’t draining away quickly enough from the train tunnel and the electricity mixing with the standing water creates this smoke. 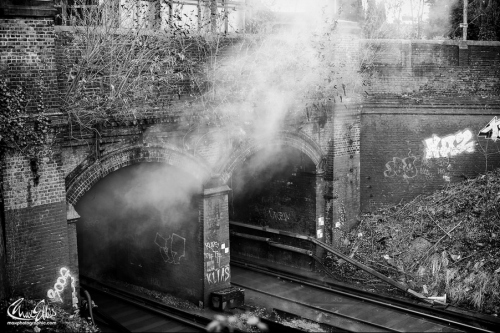