Recent heavy rainfall in the already-saturated Thames catchment area is swelling the river downstream to levels already higher than those in 2003 when the area experienced serious flooding.

14 severe flood warnings have been issued along the length of the Thames up to Shepperton and river levels are expected to rise for at least 24 hours, with further heavy rain forecast on Tuesday and Wednesday.

The Thames has already overflowed in places: 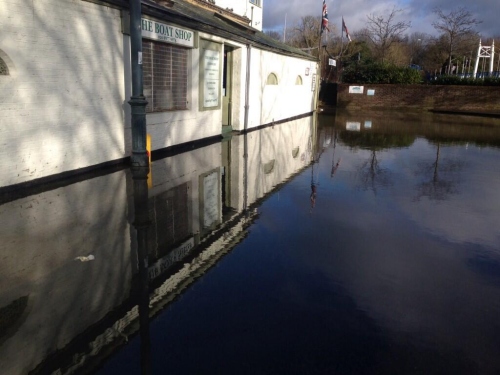 Water in Ferry Road was up to the Boat Shop door this weekend. Photo: MAA Architects. 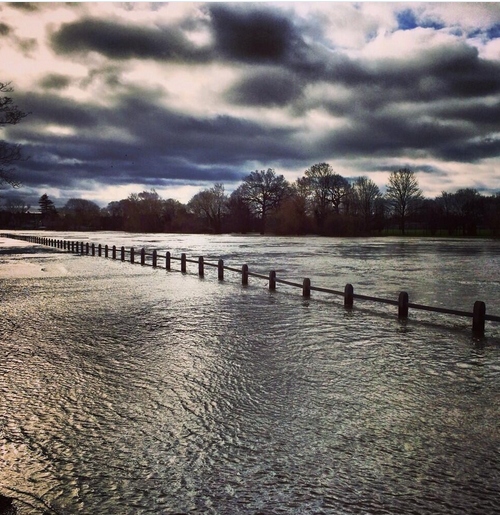 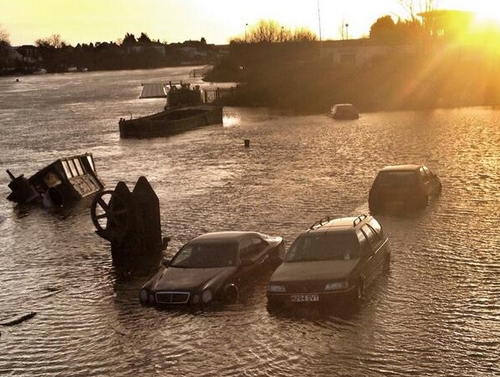 Reminder: you can monitor Teddington Lock river levels hourly on this page and next low/high tide times here. If you’re interested in how the Thames Barrier closures helps the Thames upstream, this BBC article explains the process well.

Update:This helicopter footage shows the impact of Thames flooding along the course of the river through Berkshire and Surrey. 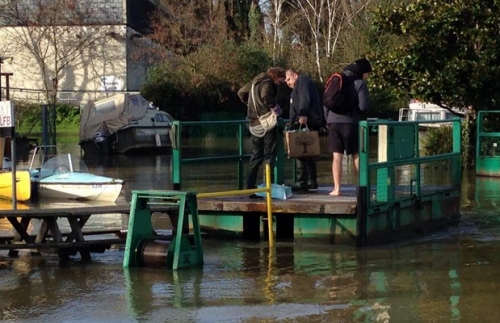 After water rose above the landing pontoon for Trowlock chain ferry, visitors to the island improvised by making a new one from picnic tables. Photo: David Charles. 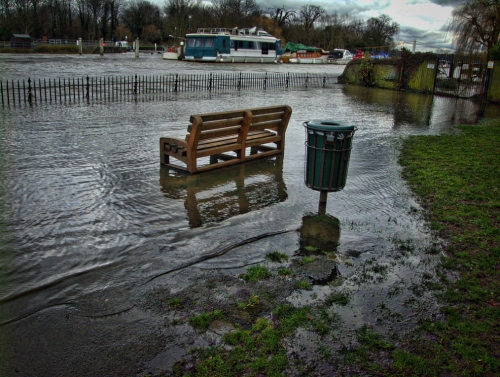 [Update 12/02/2014] River levels haven’t been quite as bad but recent downpours are expected to add to the river height in the near future. Richmond Council have plans ready to put into action if required. Some areas along Kingston riverside have had sandbags laid in advance of more rain and further flooding from the Thames.

Some residences in Hampton Wick have received letters to inform residents that sandbags will be delivered as a precaution. These ‘at risk’ areas will receive sandbags by the weekend (15th Feb) but those in any areas along the Thames should consider measures to take in advance to prepare for any potential flooding. 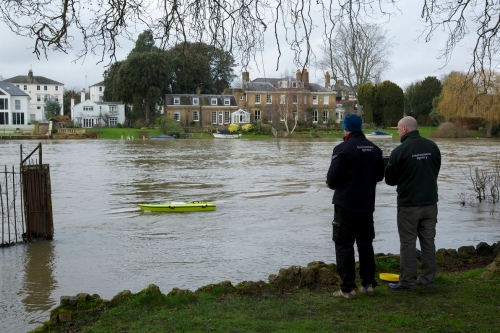 The Environment Agency ARC (Acoustic Remote Control) deployed near Teddington Lock to monitor the water flow and volume to assist in predicting future flooding higher up the river. Measurements taken showed that at 11:30am the river was flowing at 2.5 metres a second (usually 1m).Photo: Emma Durnford.