A person was hit by a train at 12:30pm at Teddington Station today, halting trains and requiring the power to be switched off.

Emergency vehicles including ambulances and police cars were soon in attendance at the station and two trains remained stationary off-platform. 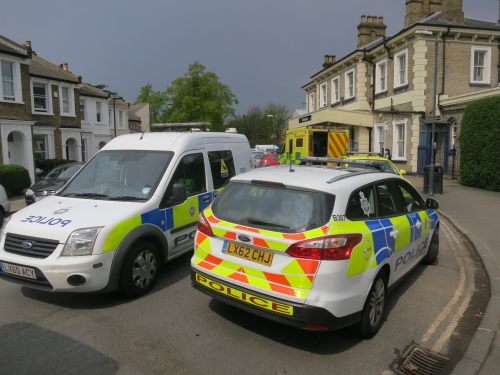 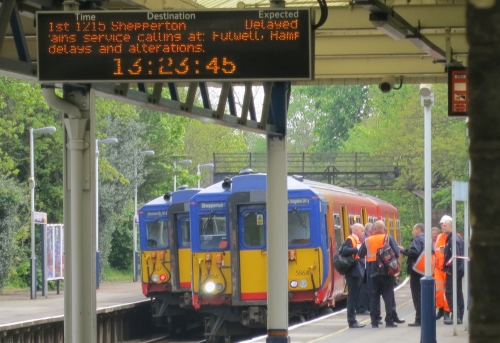 Many residents were first alerted to the incident after an air ambulance was seen circling the area looking for a suitable landing spot – it touched down just inside Bushy Park so that paramedics could rush to the scene. 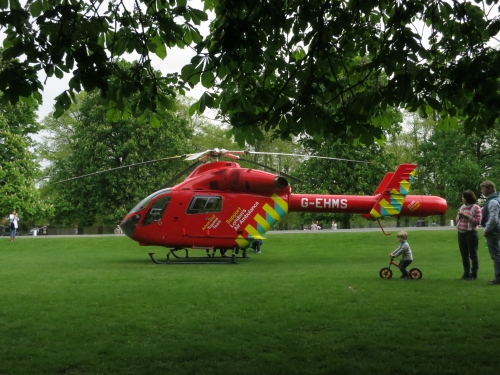 The helicopter in Bushy Park caused quite a stir and a crowd gathered to watch it take off again once the crew returned – clearly all part of the job as they waved to toddlers as they prepared to take off and warned parents to hold on tight to their prams and pushchairs so that they weren’t blown away with the downdraft. Traffic through the park was stopped briefly whilst it departed. 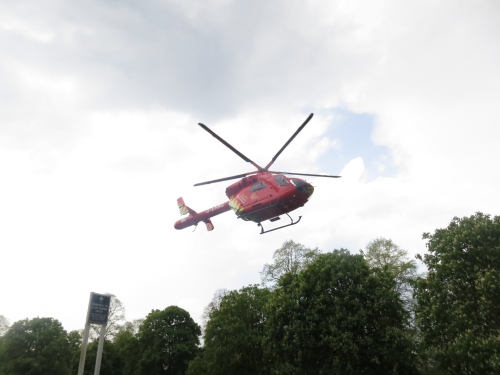 Sadly South West Trains staff confirmed that it was a fatality and the station would remain closed for some time even after trains resumed on the line.

[Update 22/04/2014] The person struck and killed by the train was a 65-year old from Cobham and police are not treating the death as suspicious.

0 thoughts on “Fatality at Teddington station”