Today the world honoured those that fought 70 years ago during the allied D-Day landings in Normandy, but did you know how Bushy Park played an important part in the invasion plans?

In 1942 construction began on Camp Griffiss, a 60 acre site created on requisitioned land in Bushy Park to house the Eighth Air Force, a strategic bombing force. This base was later was chosen by General Dwight Eisenhower as the location for Supreme Headquarters Allied Expeditionary Force (SHAEF), deliberately away from central London to minimise the risk from air attacks.

In addition to anti-aircraft batteries being placed in the park, Diana Fountain, Leg of Mutton pond and Heron ponds were drained and covered with camouflage netting so as to not aid enemy bombers with navigation and bomb-sighting of the base. 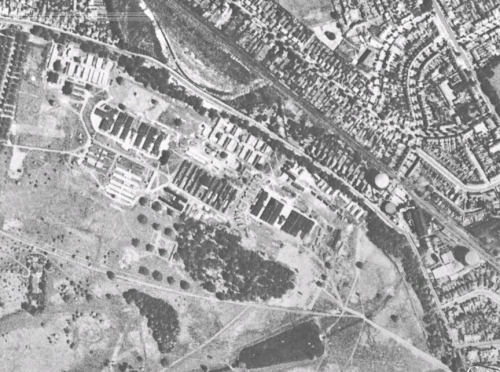 For three months from Camp Griffiss, SHAEF staff took the overall ‘Operation Overlord’ strategy and turned this into the final plans that saw over 150,000 allied troops storm the beaches of northern France on 6th of June 1944 to start the fight back across Nazi-occupied Europe.

Bushy House also saw development that led to the creation of two important WWII inventions – the Spitfire and the Mulberry harbours, floating concrete pontoons that were towed across the Channel to create a temporary harbour and enabled large allied shops to offload supplies for the forces.

The camp also required an airstrip for small aircraft to be constructed – this ran along the length of where the playground is now located, near the main car park. Nearby, the bouncing bomb was partly developed and tested and perfected nearby by Barnes Wallis using the NPL’s ship-testing tanks.

SHAEF moved to France shortly after the invasion, the camp was used by the RAF until 1948 when the new US Air Force move in at the time of the Berlin Airlift. In 1952 it closed permanently, until then, Eisenhower’s old office was incorporated into a school for children of US service personnel. The buildings were finally demolished in the early 1960’s.

Now all that remains of the base that housed 3,000 US and British servicemen are commemorative plaques and a flag pole marking the former locations of the military buildings. The base was named after Lieutenant Colonel Griffiss – the first US airman killed in the line of duty in Europe after the US entered WWII. 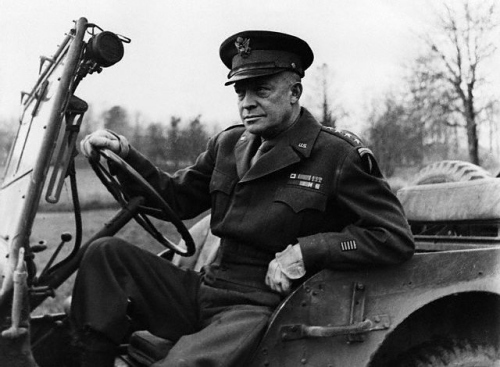 0 thoughts on “70 years ago, D-Day plans made at Camp Griffiss put into action”