As the World Cup opening match between Brazil and Croatia, lights flickering during the game was the first ominous sign that something might be wrong.

Shortly after, power was lost to large swathes of the area – leading many to assume that it was related to a surge in electricity caused by the football tournament. UKPowerNetworks were quick to reply to the theory and stated that the outage is actually due to a fault caused by underground cables being tripped in the area.

At time of press (30 minutes of darkness) engineers were on their way to assess and repair the issue and the estimate is that it could take up to an additional hour to fix.

@Teddington_Town We are aware of a large fault in the area, we are aiming to have all power back on by midnight. Sorry for the interruption.

Some roads have bad street lights and/or power restored whilst others are still awaiting a fix. UKPowerNetworks last estimate was midnight to have the issue solved. 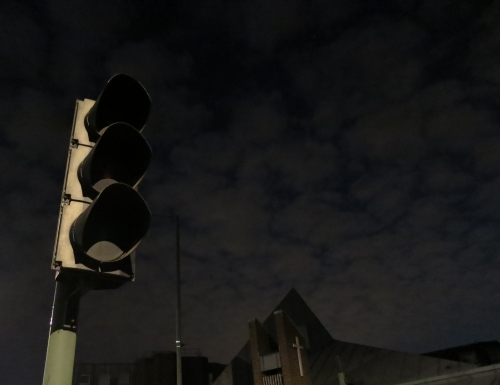 Traffic lights out on Broad Street 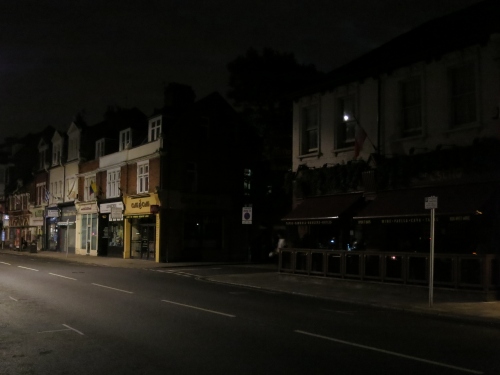 Some businesses closed early, others hosted a candle-lit evening like Bar Estilo

Although most areas were back-on after midnight, traffic lights were still not working on the Broad Street/Church road junction by the start of the morning rush hour. Parts of Fairfax Road were also without electricity on Friday morning – estimates are for a local substation fix around 1-2pm.