The outgoing Mayor always threw herself into the role and travelled in style! At this year’s Chestnut Sunday Parade in Bushy Park she delighted crowds by arriving on the back of a Harley Davidson. 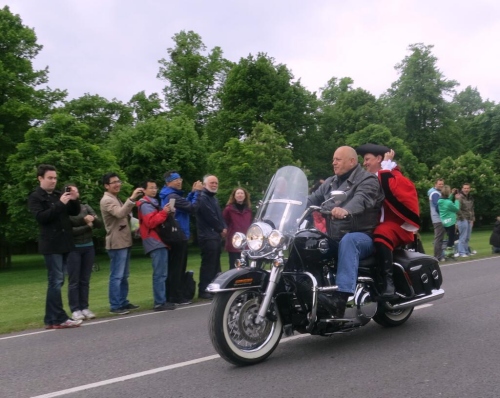 After a record-breaking £60,000 raised for charities (double the usual amount), Councillor Meena Bond handed over her robes and chain of office to Jane Boulton.

Councillor Bond and also outgoing deputy mayor Councillor Stephen Speak attended about 470 events between them, one such occasion was Teddington In Flower last weekend. Stephen toured normally private gardens that were open to the public to raise money for local charities. 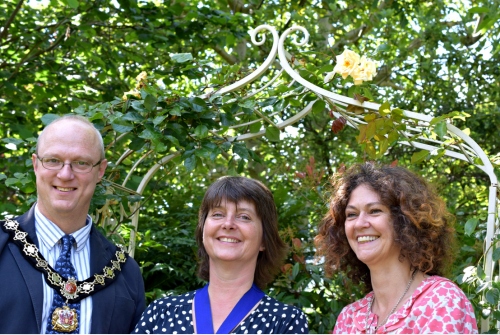 Organised by The Teddington Society, this year’s event raised more than £1,000 – which will go towards planting a wild flower meadow at Strawberry Hill House, and planting up the triangle of land opposite Teddington Memorial Hospital.

There were some strange sights recently thanks to year 11 leavers day at Waldegrave School thanks to some creative costumes for their dress-up day that included space-hoppers, rock stars and apps! 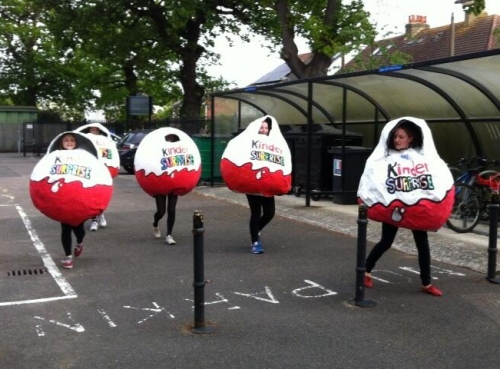 The 2014 NPL Open Day coincided with World Metrology Day and was again a hugely popular event with over 3,500 visitors including the Mayor and Vince Cable, exploring the labs and increasing their knowledge of all things scientific and measurement-related. 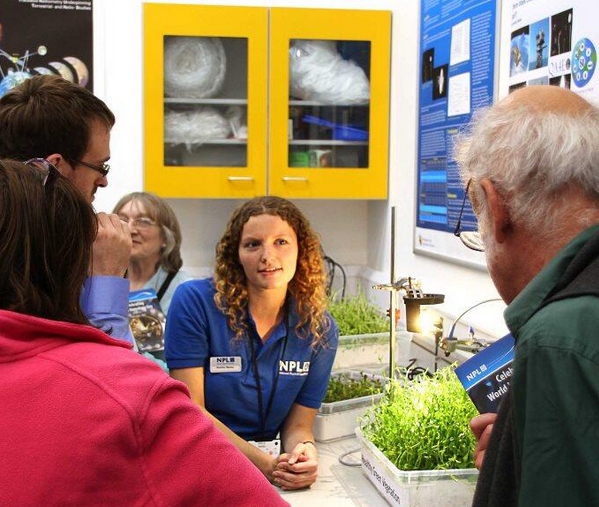 The inaugural Totally Locally Teddington World Cup was attended by about 700 footy fans who took the opportunity to spend a day in Bushy Park to watch local businesses fighting to win the cup. 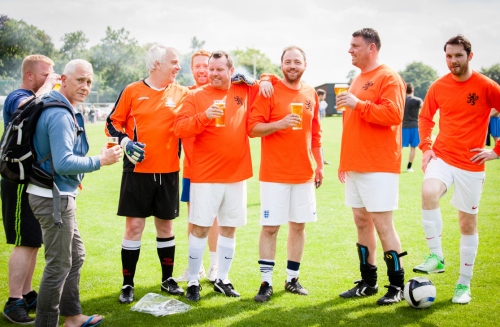 The Royal Oak team with a well-deserved refreshment.

Overall the event raised £3,500 for The League of Friends of Teddington Memorial Hospital, chairman Pamela Bryant “The TLT World Cup was a great community event and we are thrilled at the money raised to support the League of Friends work for the benefit of Teddington Memorial Hospital and its patients. We are very grateful for the huge effort and enthusiasm of TL Teddington who made all this happen and the generosity of many people who donated, bought raffle tickets and participated in the football tournament.”

The tournament winning team were Spikes Magazine (Haymarket), beating a substitute team playing on behalf of the Hospital in the final. Plans for TLT World Cup 2015 are already under way, with many businesses already registering their interest in what will be a bigger and better tournament.

Photos by Shake That Camera are available online for purchase for additional fund-raising for the LofTMH (more to be added).