Teddington Cricket Club have beaten Twickenham to finish the Middlesex County League Premier Division at the top. The deciding match saw Teddington beat Ealing in Bushy Park in a dramatic five-run victory to see them crowned champions for the first time in over 10 years with one game still to play.

If there wasn’t already enough to celebrate, they also won the Middlesex Club knock-out trophy and achieved the double the following week after beating Shepards Bush.

This Saturday budding young female cricketers can try their hand at the game – Teddington CC are holding an open morning with fun, games and an introduction to cricket from leading local coaches.

Shortly after, Teddington RFC and Teddington Town Cricket Club’s brand new clubhouse in Bushy Park will open in time for the new rugby season on Saturday 13th September with an official VIP ceremony at 12:30pm followed by an afternoon and evening of entertainment open to everyone, including live music, bar, food, rugby and plenty of fun and games for young and old.

Harlequins coach and ex England player Tony Diprose, will be joined by England and Harlequins star Marland Yarde and player Tom Williams to cut the ribbon. The two clubs raised £650,000 to help build the new clubhouse and improve the club’s facilities via general fund-raising and grants & funding from the RFU, Sport England and LBRUT.

A day later on Sunday Youth Rugby Open Day will see another visit from Harlequins players and a great chance for 5-17 year-olds to see what fun rugby can be. Followed a week later by Teddington RFC Ladies & Girls Open Day on Saturday 20th September, which includes a free fitness session with England Women’s player Fran Matthews, BBQ lunch and free face-painting for under 5s! 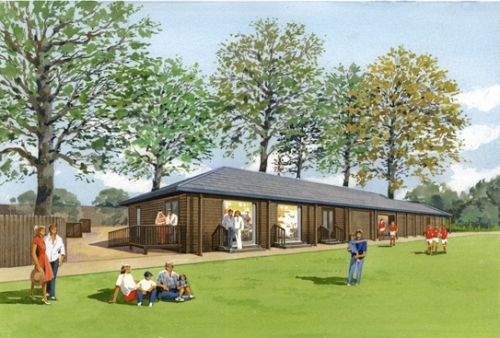 The Lensbury and St Mary’s University were recently chosen as one of the approved training bases for the 2015 Rugby World Cup. Both were selected as a combined venue, having previously worked together as a pre-games training camp for the Irish Olympic team during the London 2012 Olympic Games.

For the 2015 tournament, the New Zealand All-Blacks and South African Springboks will be staying at The Lensbury and training here and St Mary’s, choosing the location that was ideally placed for facilities and being near Twickenham and Wembley Stadium, two of the tournament match venues. 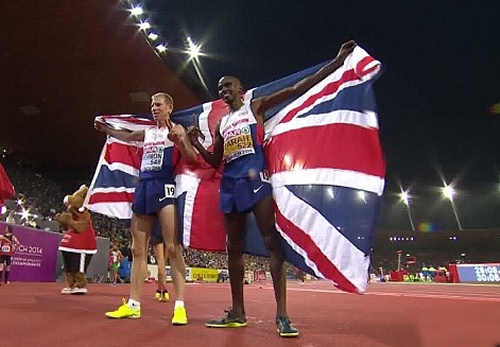 After training back in Teddington, eating at his favourite local restaurants and a refreshing ice-bucket challenge at St Mary’s, Mo Farah has been adding more medals to his trophy cabinet. Fresh from his European double win, Mo beat Steve Ovett’s 360-old two-mile British record and has also become the first British man to win the Great North Run since 1985.

After worrying that this season might be marred by injury, Andy Vernon is having a storming year. He returned from the European Athletics Championships with two medals – bronze at 5,000 and silver at the 10,000 distance, hot on the heels of Mo who won gold in both races and also finishing well placed at 6th in the Great North Run.

If you’re inspired by local athletes and want to get started or improve your running, there are several free groups to suits all tastes and ability levels. In addition to the Sweatshop run on Monday and Sundays, Bushy juniors and adults parkrun, there is a new running group Bushy Park Runners for all levels and led by motivational UKA qualified running leaders, meeting every Monday 7pm at Bushy Park (Teddington Gate).

Liz Goodchild also runs a friendly running group for women to run at their own pace with gentle encouragement from a certified UK Athletics Running Fitness Leader. 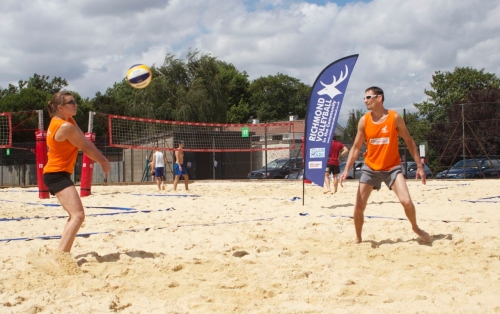 There are many health-and-fitness classes happening every week – see the regular events listing for more info and don’t forget there’s also still time to squeeze the last out of the summer at the newly opened beach volleyball courts at Broom Road Recreational Ground.

Over £1 million is being invested into refurbishing all the facilities at Fitness First over the next few months, fear not though, the popular gym will not be closing during works, but sections might be out of action whilst being updated. If you fancy something slightly different to help you get fit, Egyptian-style Sarasvati belly dance classes will be taking place here from the 16th September (Tuesday evenings) with a free taster class for new students. 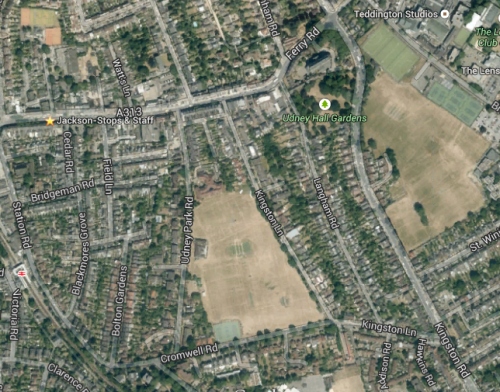 Imperial College London recently announced it would be ceasing all sports at the Sport Imperial grounds between Udney Park Road and Kingston Lane. With the opening of new facilities at Heston, the college now has three sites and in an official statement, the college stated:

“During this time the College will be carefully considering the future use of Teddington as there is a lot of overlap between its facilities and those available at Heston. Whilst no formal decision has been made there are no plans for student sport to take place at Teddington in the future.”

A petition and campaign by students to oppose the move has strong support as many feel that the college was wrong to not consult with the student body before the decision. The ground is certainly ‘school-shaped’ and if it changes hands, perhaps the reason could be a new or existing school moving to the area, especially considering the lack of school places in the borough and one high-profile new school looking for a site.