Peter Andre and his 60 Minute Makeover team visited Teddington back in June and the surprise was kept secret despite a crowd of fans waiting outside to get a glimpse of the man himself.

The recipients of a much-needed new kitchen diner were locals Theo and Lisa who were nominated by friend Lauren to give them back something for all they had given others in recent years. You can see the episode here with some local scenes and some items provided by locals such as Zeldaland Flowers and Edwina Laurie Home Furnishings. 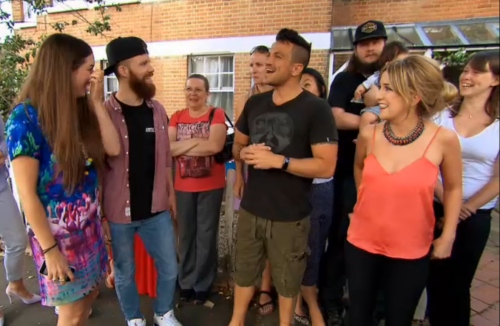 Some local grand scenes have been seen on the box lately – the glittering gold and crimson Gallery at Strawberry Hill House was chosen as the wedding ceremony venue for a lucky couple on a recent edition of Don’t Tell The Bride. Normansfield Theatre featured in a scene from a recent episode of Channel 4’s Toast of London where Steven Toast directs the cast of Calender Girls. 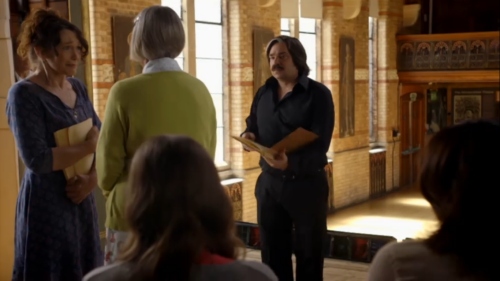 The final show to be recorded at Teddington Studios ended tonight and the audience gave the cast of Still Open All Hours a standing ovation to help say goodbye to the end of studio TV recording in Teddington. It was apt that a show that harked back to the golden age of comedy was the last to be recorded here.

Pinewood officially remain in tenancy at the Studios until December 24th but many studios are already stripped down and the buildings will now start to be emptied.

A standing ovation for the last episode of #StillOpenAllHours & the last ever recording at Teddington @Baxter3890 pic.twitter.com/AQIg9E96xk

Teddington Studios will be shut for good after we wrap. Genuinely saddened to see it go but… #FirstDibsOnThatHose pic.twitter.com/T9Q5bGVEK8

A sad night! TEDDINGTON STUDIOS closes it's doors for the last time. End of comedy history…….'just like that'. pic.twitter.com/kiLArMMovF

Taking in Teddington Studios one last time. After tonight's show Movie/TV history is to be 'redeveloped' #GreatShame pic.twitter.com/sLgJeOyPZW

[Update 25/11/2014] After Australia’s Phil Hughes was hit by a cricket ball leaving him in a critical condition, Sky News interviewed David, owner of Teddington Sports about safety helmet design. 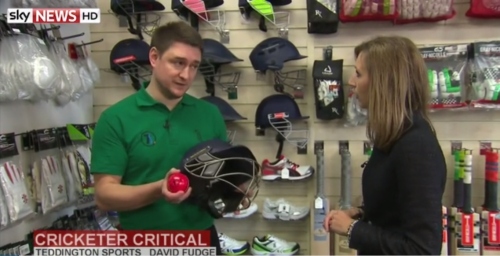