Teddington Studios has an interesting past, beginning with the site acquired in the 1880’s by wealthy stockbroker Henry Chinnery. He was involved in the building of St Albans Church (now the Landmark Arts Centre) and had a keen interest in the ‘cinematograph’. Film-making at the site began on the day that he allowed a group of local film enthusiasts to use his greenhouse at Weir House as a studio during a rainstorm. 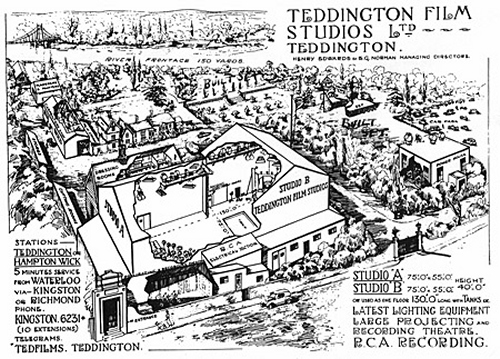 Short comedy films were recorded on the grounds in 1912 and later from 1916-22 Master Films were the first to use an enclosed stage here to record full length feature films. In 1931 the property was sold and was renamed Teddington Film Studios and expanded considerably and the latest equipment was installed on site. In the same year, Warner Brothers who had been looking for a British base took over the site. The 1930’s saw a major rebuilding programme and many films being recorded here along with Errol Flynn’s first screen role.

Just before the end of WWII, a V1 flying bomb hit the studios and destroyed two stages, several buildings and killing three employees. Rebuilding began in 1946 and filming returned, tailoring off in the 1950’s due to lack of distribution abroad and cinema taxes, for a brief time the site was leased to the Hawker Aircraft Company.

Damaged buildings after the V1 hit

Independent commercial television began in the UK in 1955 with companies such as Associated Television (ATV), Granada and ABC Television being allocated transmitting licences. ABC purchased the Teddington site in 1958 and adapted the studios for television production, installing the first video tape recording equipment at a TV studio in Europe and generally making a state-of-the-art location for filming and production of colour TV. 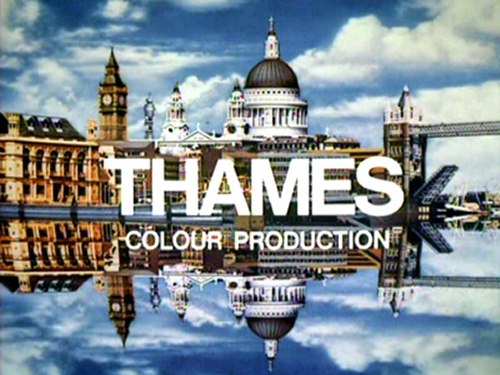 In 1960 The Studios began recording the hugely successful Avengers and at the end of this decade ABC Television merged with the London company Rediffusion to form Thames Television. Over the next two decades produced an immeasurable number of huge TV shows including Bless This House, Minder, Benny Hill, The Morecambe & Wise Show, Man About The House, George And Mildred and Magpie. Teddington Studio recordings during these times helped power colour TV recordings and comedy in the UK, many shows being exported throughout the world. As the Express puts it, “The Birthplace of Comedy”. 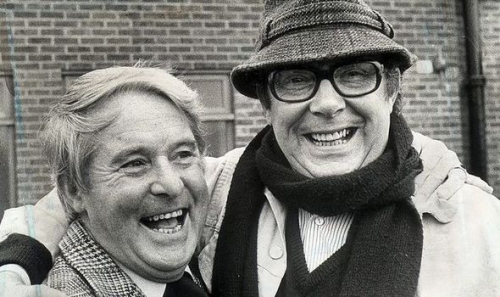 Facilities at the studios were used right up to the closing date to record TV shows – many modern popular programmes were created here including Mr Bean, The Office, IT Crowd, Not Going Out, TV Burp and Would I Lie To You?

For more info see this comprehensive Twickenham museum article and TV Studio History for some photos of the studios through its history. See also this great tribute by The Express.

On 24th December 2014, Teddington Studios saw its last tenant, Pinewood officially leave – signalling the end of TV recording on this site. Leading up to this date, the studios were stripped of recording equipment, miles of cables leaving only echoes of the talented entertainers that performed for the cameras and audiences there for a hundred years.

As one commenter put it: “Gutted about the closure of Teddington studios, Home of Thames TV, has survived WW2 bomb & Kilroy.” Farewell Teddington Studios, you will be missed but not forgotten.

List of TV shows recorded/produced at Teddington Studios (not comprehensive):

6 thoughts on “Teddington Studios – an obituary”