Photos taken in the area lately show both the peak of cold temperatures and the changing of seasons.

During some cold nights the Thames frozen over by the lock. Photo by Steve Hills. 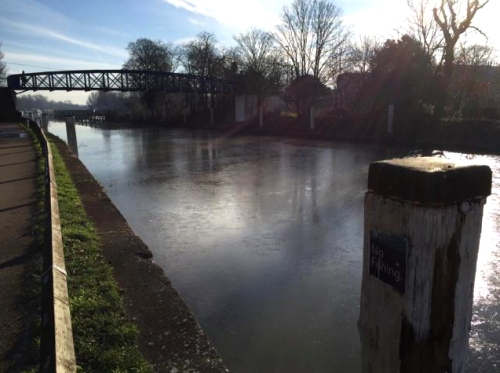 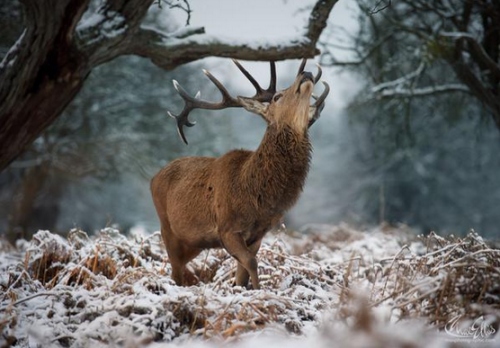 A covering of snow in Bushy Park temporarily confused the deer and turned the area in a winter wonderland. Photo: Max Ellis. 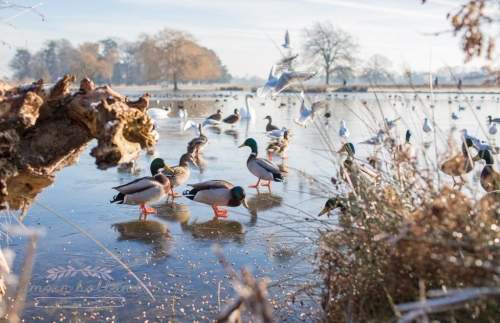 Some ducks skating on the frozen water in Bushy Park. Photo: Tamsin Holland. 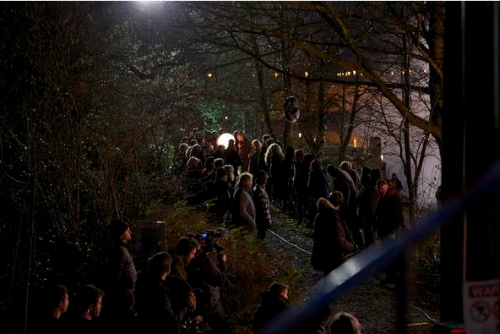 The cold weather in January didn’t keep film crews away from duties as scenes from Now You See Me: The Second Act were recorded at Teddington Lock. Daniel Radcliffe, Michael Caine and Morgan Freeman were seen on set and chatted to locals. Photos: Emma Durnford. 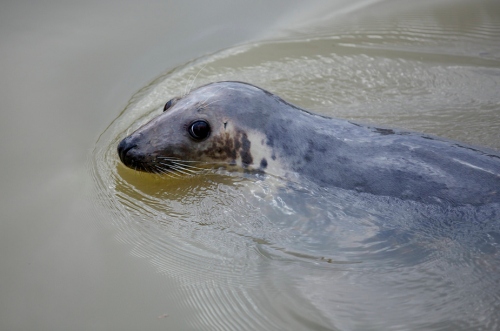 A seal was recently spotted hanging around Teddington Lock – despite being a rarity upstream, hundreds live in the Thames Estuary. This one has swum up as far as Molesey Lock hunting for fish that are in abundance on this stretch of the river. Photo: Emma Durnford. 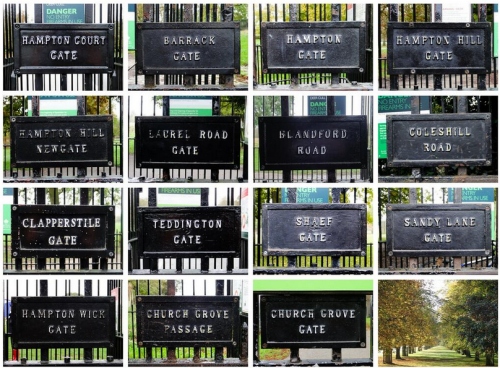 The various gates of Bushy Park – visited in one day by Brian Barton on a training run. 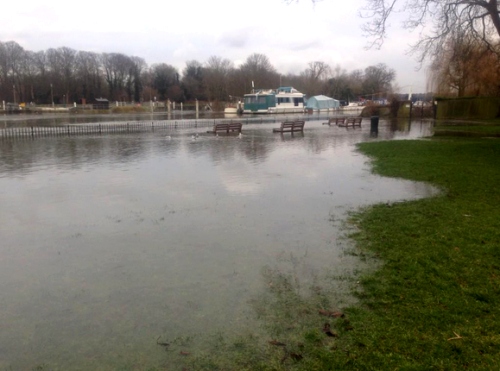 Some of the highest spring tides for many years have been causing unusually high waters on the Thames, nearby particularly in Richmond, Twickenham and up to Teddington Lock. Photo: MAA Architects.

A flood alert has been issued for the Thames between Hampton and Teddington, with peaks occurring at 6:15pm on 23rd Feb 2015 and 6:30am on the 24th. 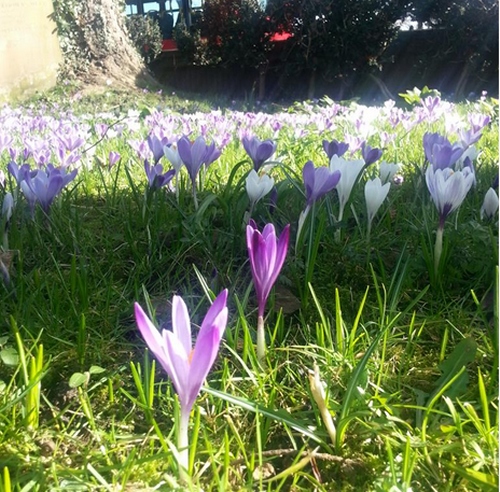 Sporadic warm days have seen the first signs of spring, such as these in Udney Hall Gardens. Photo: Claire Little.