The temporary home of the newly-created Turing House School will be located at Livingston House, just a stones thrown from where Alan Turing worked at the NPL after WW2. With 2,212 square metres of space there will be adequate room for the school on the corner of Queens Road and Broad Street from September 2015, currently the plan is to be at this site for 2-3 years.

The school is one of several establishments and clubs bidding for shared use of Udney Park Road playing fields at the other end of Teddington. The move will bring much-needed school places to an increasingly crowded area, more detailed plans and news can be found on the Turing House School website. 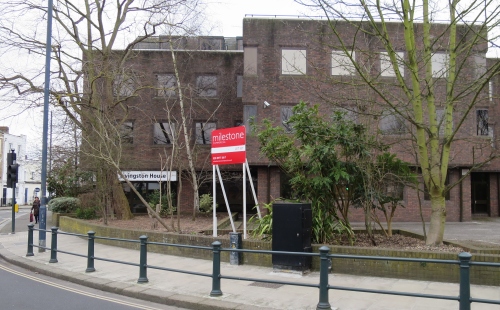 The Teddington Society have applied for permission to install a poppy sculpture in the gardens outside Elmfield House. If given the green-light, the tall Flanders Poppy installation (3 giant metal poppies) will sit in the centre of the gardens and would form a tribute to the people of Teddington who gave their lives during the great war. The plans are online here if you wish to comment. 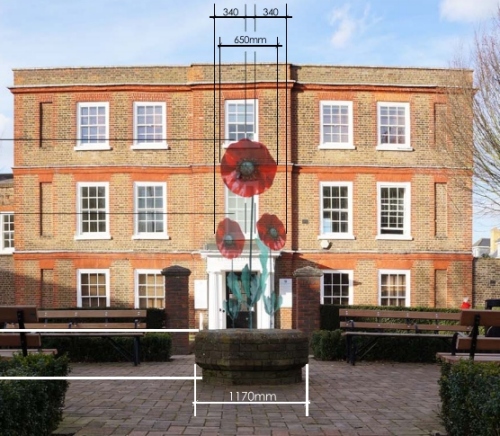 Before work has begun on the Teddington Studios campus, the 4.5 acre site has been sold to an overseas developer for £80m, making it at over £1,000 per square foot, higher than any nearby area. A starting date for the development of 219 residential homes and public riverside gardens with promenade is still to be decided and is dependent on Haymarket Group finding a new home

The gold rush to convert retail and industrial space continues with several developments finished or nearing completion. Construction at Waldegrave Road’s London square luxury development is still underway, in the meantime a sales office has opened and you can pick-up an apartment from £545k or a four-bed townhouse from £1.3m. 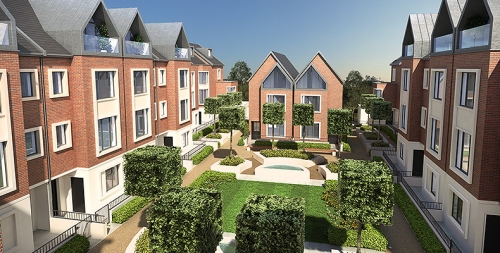 Scaffolding has gone up around Cote Brasserie but they are open for business as usual, work has begun to convert the top floor of this building into three new flats. If you have been wondering what the extravagant doors are that have appeared on The Causeway, they are the entrance to ‘Pasmore House’ which is a collection of six 1-3 bedroom apartments which were all reserved on launch day. 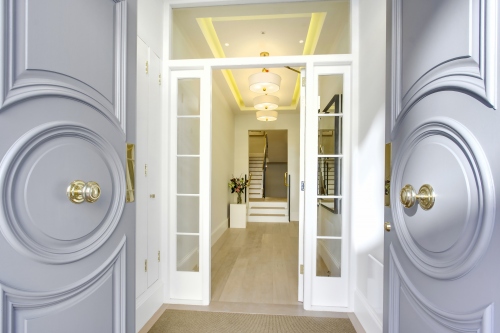 Victoria House on Queens Road was previously used for offices/storage at the LGC site is currently undergoing a ‘labour of love’ restoration back to being accommodation as originally intended. Two of the four luxury 2-bed apartments that will have park views will be priced between £700-£750k and the other two being over two floors will be £825-£850k. 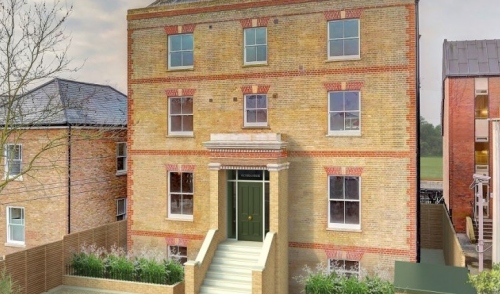 A petition has been created by the Shacklegate Lane Allotment Association to reverse the decision to close the last remaining allotment site in Teddington in order to use the area for burial space. The Shacklegate Lane allotment site was created from designated cemetery land over 120 years ago, and is the last remaining site in Teddington as others have been taken over for building development – leading to waiting lists of several lists for allotments across the borough. The petition points out that although this action would free up some much-needed burial land, a longer-term solution is needed. You can sign the petition online here if you support the cause.

Planning for the new Sainsbury’s Local at the Landmark Arts Centre end of the High Street continue, plans have been submitted for various advertising on the building and a totem-pole stand on the pavement – all of which are raising concerns with locals due to being inside the Conservation Zone. If you wish to comment on the proposals, they are online here. 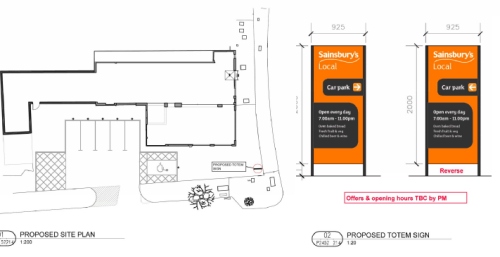