During the initial demolition work at Teddington Studios, four Heritage Foundation blue plaques have disappeared, believed to have been stolen prior to the site being securely sealed off.

The blue plaques celebrate the careers of TV and film stars that recorded at the studios, the missing ones are for Benny Hill, Sid James, Irene Handle and Tommy Cooper. These disappeared on Tuesday 30th of June. Television fans and stars including John Challis (Boycie) have expressed their shock at the callous thefts and are urging whoever took the plaques to return them. 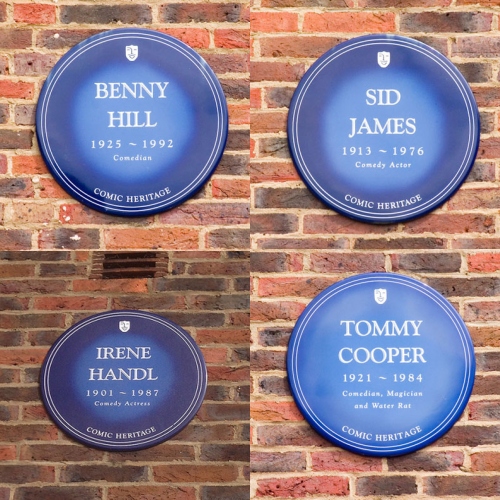 Heritage Foundation president Vicki Michelle: “Blue plaques are a memorial and symbol of great talent. They are put up to keep a person’s memory alive not just for their families’ sake but for those who admired them“.

All the remaining plaques have been removed for safe keeping, if you have any information that may help the police investigation then please get in touch. The blue plaques will remain on site at the housing development as a nod to the history of the studios.