Thirty-two Primary schools from around the Borough came together last week for the annual Primary Schools Girls Football Tournament hosted at the NPL Sports Club Ground in Teddington.

The tournament saw 320 pupils come together during the FA’s Girls Football week with East Sheen Primary School coming out on top with a 2-0 win over Hampton Hill in the Cup.

The Plate final was won by the Queen’s School beating Vineyard after a dramatic penalty shootout. 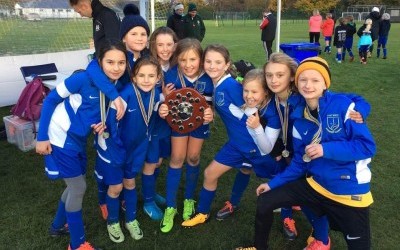 “It’s great to see children in the borough getting active and enjoying their football. Congratulations to everyone who participated and particularly to East Sheen.

“I look forward to hearing how East Sheen get on when they represent the borough next year and wish them all the best.”

East Sheen will go on to represent the borough at the School Games in 2018.