Athletes are often a huge source of inspiration for future generations. Think Andy Murray and his impact on British tennis, Anthony Joshua in boxing, and Sir Mo Farah who has inspired a generation of runners, including 21-year-old Mahamed Mahamed. A BBC Sport feature on Mahamed details how Farah is an inspiration to the Ethiopian, who at the moment is one of the rising stars of British athletics.

“I remember watching the likes of Mo and Jess Ennis and thinking this is amazing, it’s something I want to do,” Mahamed told the BBC. And the foundations for athletic excellence look well in place for Mahamed, who has his sights firmly on this year’s World Cross-County Championships in Aarhus, Denmark and the World Championships in Doha, Qatar. His ultimate goal, though, is to make the Olympics, just like his idol. Farah, for his part, has taken notice of the young man, imploring him to listen to his coaches and focus on the sport.

While Mahamed is currently blazing his own path, Georgie Hermitage has already achieved a lot in her career, and is continuing to do so. And like Mahamed, it was Farah who lit Hermitage’s inner fire. Owner of two world records and a pair of Paralympic gold medals, Hermitage had initially turned her back on sports due to her disability. Then in 2012, she, along with thousands of others, watched Farah’s golden runs in London, and was inspired to give running another shot. Hermitage is now a legend, and arguably the Mo Farah of the Paralympics. None of that, though, would have happened if she hadn’t been inspired by one of the UK’s greatest long distance runners of all time.

Mahamed and Hermitage are just two of many athletes that have been inspired by the Olympic champ. Despite his success, Farah remains modest and down-to-earth; he is always ready and willing to give back to his fans, whether posing for selfies, signing autographs, supporting good causes, or offering advice. Moreover, Farah knows his opinions matter, and he is keen to lend his voice for worthy causes. As we reported here last year, Farah was the biggest name to oppose the building of apartments on the Udney Park Playing Fields. This is typical Farah: socially conscious, and never shirking opportunities to make a difference. 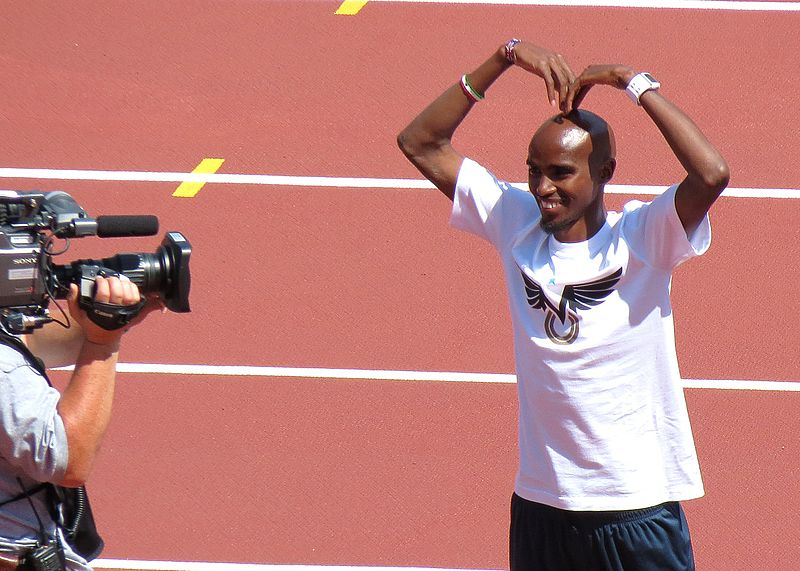 However, from an athletic perspective, Farah isn’t done yet. Already 35, Teddington’s adopted son is still running, and at a record-setting pace. He finished last year’s London Marathon at 2:06.21, which was good enough to claim the British men’s marathon record. But as ESPN reported, Farah’s personal best was only good enough for a bronze. He finished behind Shura Kitata Tola and Eliud Kipchoge, himself an Olympic champion and arguably the greatest marathon runner in history. Even though Farah finished third, that won’t stop him from trying again this year, as he’ll get another shot at winning the London Marathon this April, with three-time winner Kipchoge in his way again. That’s a big reason why bwin predicts Farah will finish second in this year’s London Marathon, right behind Eliud. But really, whether Farah wins another race or not doesn’t even matter anymore. His legacy is secure, and he will still continue to be an inspiration to many.