The 18th century ‘Gothic castle’ Strawberry Hill House will open to the public this weekend as a museum after a comprehensive two-year long £9m restoration.

This Grade I listed building was built between 1747 and 1792 by writer Horace Walpole (son of prime minister Robert Walpole) and revived the trend for Gothic style buildings – some examples of which can be found dotted around Strawberry Hill itself. 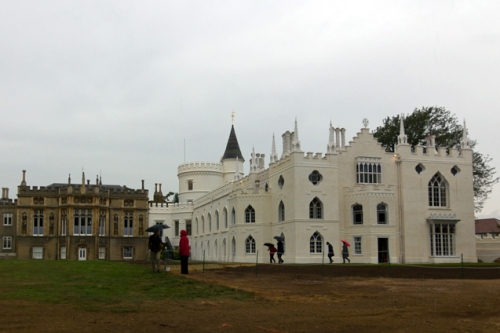 Described as one of Britains finest examples of Georgain Revival architecture and a direct influence on buildings such as the Houses of Parliament and Tower Bridge, the house fell into disrepair and was put on the English Heritage’s ‘at risk’ register in 1991, appeared on the BBC series ‘Restoration’ and also on the World Monuments Fund list of endangered sites (which helped the campaign for its restoration).

The Strawberry Hill Trust have been a driving force behind the work and gaining funds from patrons and organisations such as the £4.9m grant from the Heritage Lottery Fund.

An education centre for schools is on site as is a small museum, cafe and gift shop. The next phase of the restoration, concentrating on the gardens and other furniture, paintings and other items will begin next year. 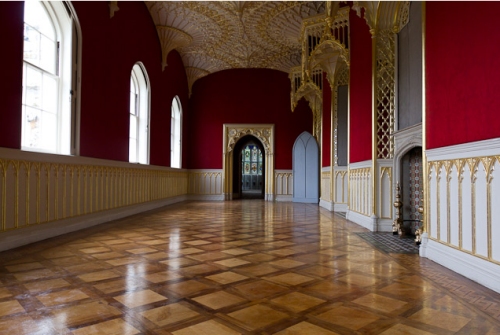 Some more pictures of the exquisite features along with some of the restoration work being carried out can be found in this Guardian photo gallery.

To avoid disappointment, visitors should book before they visit (tours are already booked up a long time in advance). The house can be found on Waldegrave Road – named after Walpole’s grandniece & the Waldegrave family.