A fire broke out at Pearl Dry Cleaners just before midnight last night on the high street.

Four fire engines and 20 fire-fighters arrived at the scene to tackle the blaze. Residents of nearby flats were evacuated and no injuries have been reported. 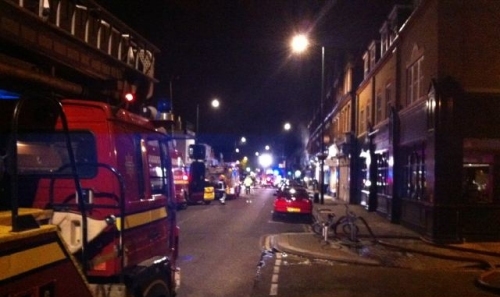 Part of the shop has been damaged and fire engines from Kingston, Heston and New Malden were involved in the response to the call which was made at 11:25pm. The fire was out by 12:18am. The cause of the fire is being investigated. 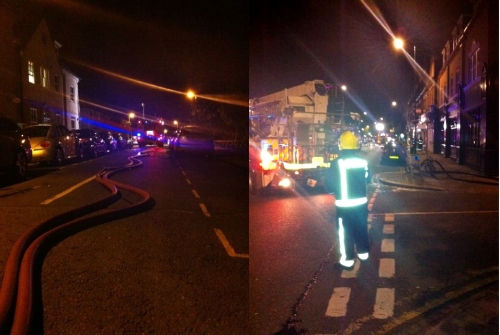 The fire service have again recently called for only essential and emergency situations to lead to a call for their response. A Wimbledon resident recently called firefighters to remove a pigeon from her bedroom wardrobe because she was too frightened to do it herself!