There’s always a lot going in Teddington that you might not necessarily hear about, here are some pics and details of some recent events. 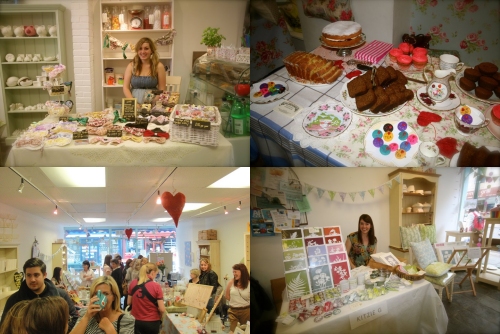 More pics of the evening here.

The recently reformed Teddington Business Community held its first public meeting recently at Teddington Baptist Church. After an introduction from minister Richard Littledale about the strong community spirit that exists in Teddington, TBC chairman Mel Ellis outlined the group’s reasons for creation, its objectives and scope for future plans.

Just under a hundred attendees turned up from varied local businesses – high street shops, restaurants, salons, local office-based businesses and home workers – all of whom were keen to find out all about the new association and how it can make a difference to the business community.

There are now many initiatives and plans underway to help improve the business environment for the group as well as future meetings and networking events – the first of which is a BBQ on the 5th of July at Shambles. Non-members are also welcome and can find out about the group and chat to committee members. RSVP Bhavna on 020 8977 3793 if you are interested – the BBQ (or dinner if weather is bad) + drink is £30.

Richmond Council is listening to residents! The All-In-One events being held across the borough visited Teddington last weekend and 220 locals dropped in to have their voices heard.

The Hampton Wick and Teddington session took place in Elleray Hall and residents could leave feedback about what they like and dislike about their neighborhood – the most pressing items will become the council’s priority in future planning.

A few issues were abundantly clear, a huge number of comments were pinned to the roads, pavements and traffic boards – clearly we are not happy with parking in our town as well as some roads being used as rat-runs and short cuts where speed-limits aren’t low enough. Conversely almost all of the comments about refuse and recycling were positive, we love our refuse collection and want to keep it that way!

It was useful to talk directly to council officers about specific issues, the re-building of the central roundabout that caused so much delay in February was actually due to contractors not carrying out work to a satisfactory standard, twice! In fact 80% of roads dug-up in the borough are actually energy and other suppliers rather than the Council themselves. 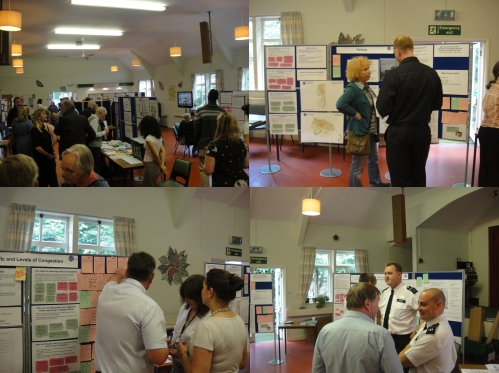 The Housing Development Manager was kept busy with questions – displays detailed up-and-coming housing developments including the now agreed Somerset House demolition and new housing build. Many concerns were about the amount of affordable housing in the area for key workers – some of which are included in several planned builds.

If you didn’t have your say and wish to, Richmond Council have made available a new area on their website for this initiative including forums: richmond.gov.uk/my_richmond_villages.