Latest news from your local Safer Neighbourhood Police team: they always encourage local residents and businesses to get in touch with any crime concerns you have so that they can tackle the issues that matter – latest concerns raised by the community were antisocial behaviour, burglary and shoplifting.

Antisocial behaviour (ASB) – Police have been working to decrease the amount of ASB in Grove Gardens and Udney Park Gardens – fewer reports have been received since Police have patrolled these areas to break-up large groups meeting in these areas before nights out.

Although burglary rates are low in Teddington , judging by the latest crime statistic maps they still occur here. Both uniformed and plain-clothed Police patrol areas targeted by burglars to help keep these figures low. Regular Police surgeries are also held to offer advice on how to secure your property and possessions – the next dates are this Wednesday 5th October 2-2:30pm at Costa Coffee and on the 12th at Starbucks (1-1:30pm). 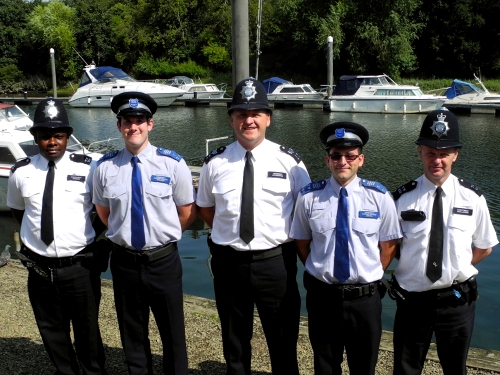 Despite two shoplifters being arrested in Teddington and each being given a two-year suspended sentence, shoplifting still occurs (mostly in Tesco and Boots). The Safer Neighbourhoods team have been working with local shop managers to explain how shoplifters operate and so that staff can be trained how to spot this crime. Business owners are also being encouraged to use the TownLink radio system more.

Also the latest borough update mentions an emerging problem at St Mary’s University College where gadgets had been stolen from students bedrooms and also how bike thefts in Teddington & Hampton Wick are have decreased.