Teddington singer and songwriter Jamie Martyr has made it through to the regional finals of the ‘Live and Unsigned’ – the UK’s biggest original music competition.

Jamie, 23, powered her way through the audition stages and will now compete in the live regional showcase on March 11th which will be filmed for Sky TV. If successful, she will then perform in front of 20,000 at the O2 arena, a terrifying but exciting prospect for any up-and-coming artist. 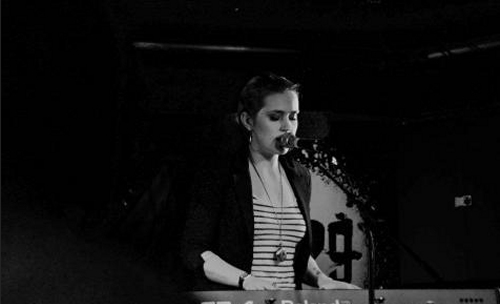 As well as writing and performing her own songs on the piano and has recently recorded an EP ‘All that Glitters’ (you can listen to the tracks here) – also produced, mixed and mastered by herself!

Jamie has been classically trained from an early age on the piano and written songs since she was 11 but only discovered her singing voice and love for vocals late in her teens.

Although she will be competing against whole bands, her haunting voice accompanies her piano music perfectly and her talent will be more than enough match for the competition. We wish her all the best in the next round.

[Update 13/03/2012] Jamie is now through to the next stage of the competition after performing at the Regional Finals on Sunday.