The Springfield Road street party was moved from Sunday to Tuesday as the weather forecast was looking better, but the unfortunately timed rain didn’t do too much to dampen spirits.

Mums Sarah Allen and Emma Lawrence organised the second street party where local businesses kindly donated raffle prizes that raised over £300 for local homelessness charity SPEAR. The 160 assembled kids and adults alike were also delighted to have a fire-engine packed with firemen visit the party too. 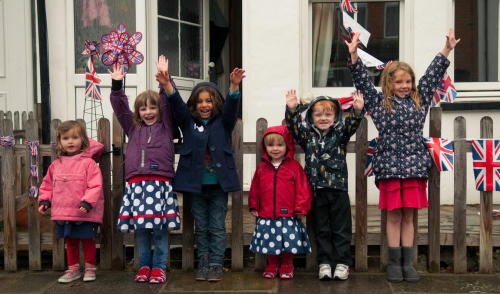 From the looks of things, Teddington Park Road had the most children in attendance! This could be a scene from an old-fashioned street party back in the day! 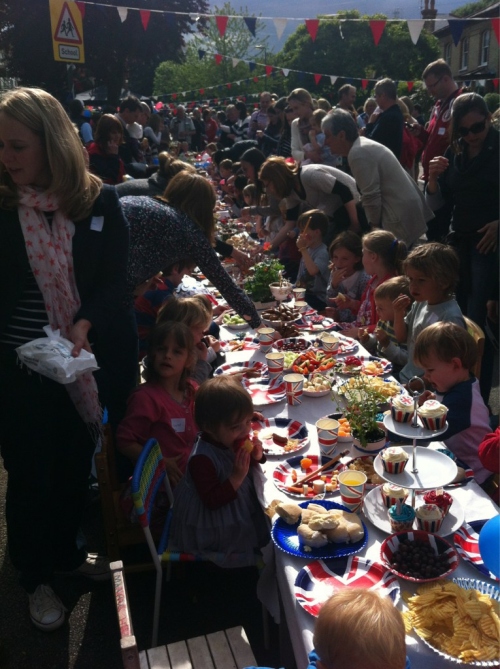 Wick Road complimented the ‘Jubilee House’ well with a well-attended street party (over 300 residents) with live band and festivities at The Lion. Lots of ladies in Teddington were sporting Jubilee-themed nails by Spa Nails. There were some fancy cakes at Watts Lane and some even fancier face-painting for pony-rides at Park Lane. 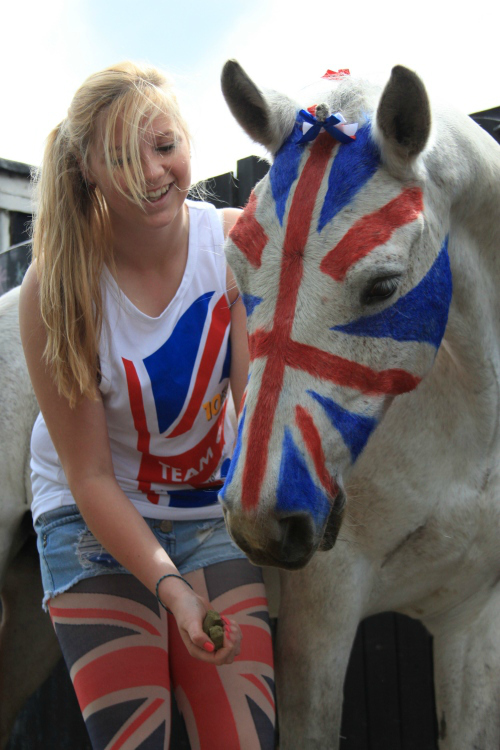 Nathalie sported this tremendous Union Flag dress at the York Road party. The Connaught Road street party looked like fun and included activities & games such as an egg and spoon race, pass the parcel, all overseen by a life-size Queen. Peppa Pig was spotted at one party whilst at another in Railway Road even lit their own beacon as the sun set.