Cycling fans from far and wide lined local cycle race routes at the weekend, with many bunting-clad houses and good luck messages for the Olympians as many residents got their first taste of Olympic action.

Although there was some confusion over the road closure times, most locals resigned themselves to the fact that it was a weekend for walking and enjoyed watching the racers power through the town into Bushy Park and beyond. 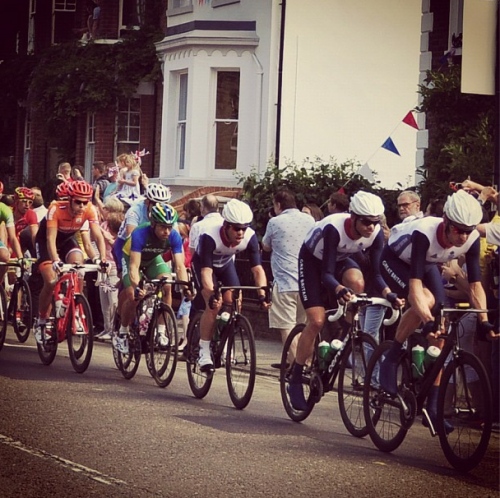 After waiting patiently on local streets, fans are treated to seeing their cycling heroes flying past at speed. Photo: Michelle Pinnel. 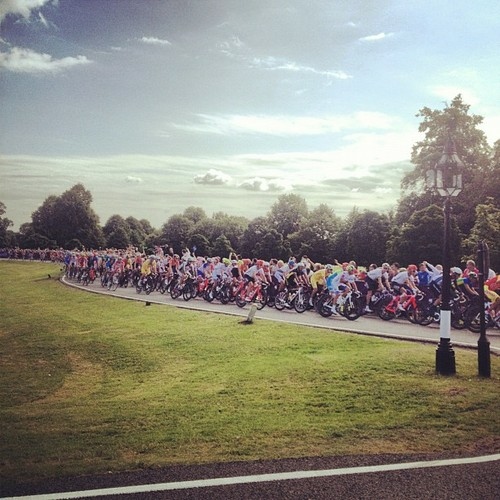 Viewing the road race from either side of Diana Fountain roundabout was risky considering the route split, but thankfully fans were treated to riders on both sides. Photo: Ben Roberts Photography. 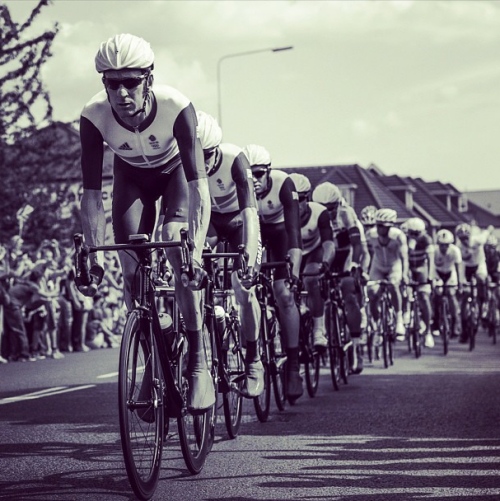 The men’s racing pack were soon gone from Teddington, heading out towards Hampton Court Palace and through nearby towns such as Walton-On-Thames (pictured), with TeamGB headed up by Bradley Wiggins. Photo Ben Brown. 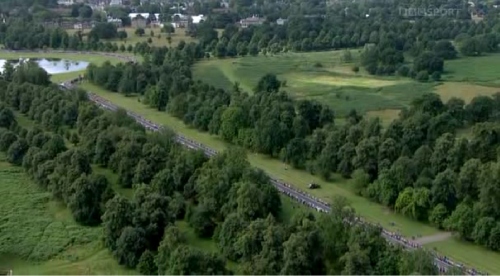 On screen the in-race bike and overhead helicopter coverage provided a chance to promote the area’s aesthetics and in particular rare aerial views that showed off Bushy Park. 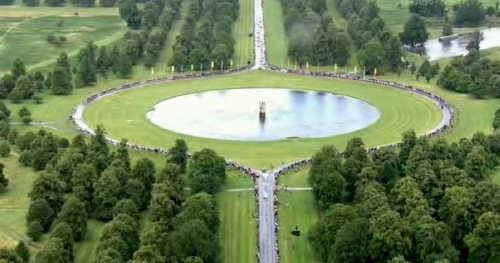 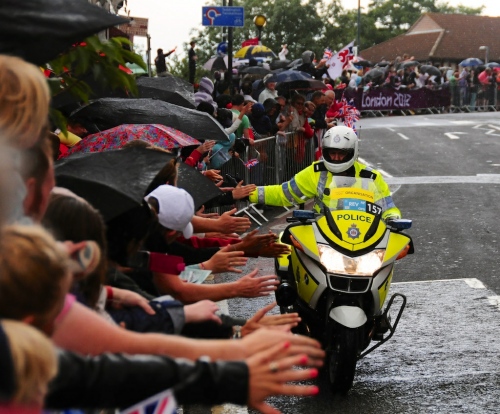 Some of the support staff and police riders were clearly getting in the spirit of the games and keeping the crowds entertained by dishing out some high-fives along the way. Some seat-standing and the occasional wheelie were also spotted! Photo: Conor Mulhern, taken on Park Road. 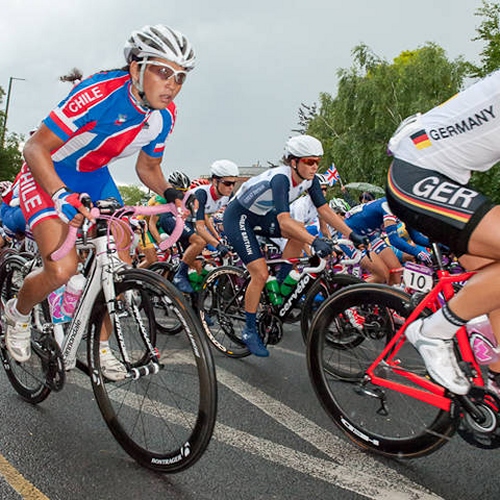 A flash of pink handlebar during the women’s race, traversing the corners created by the bridge roundabouts, all surrounded by a huge crowd of cheering onlookers. TeamGB in the pack: Lucy Martin (centre) followed by Lizzie Armitstead. Photo: Trevor Aston Photography. 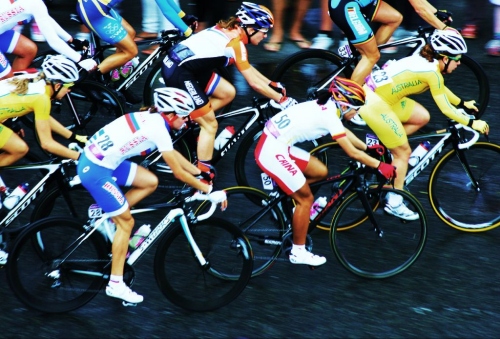 The winner of the women’s race spotted in the middle of the pack in Teddington captured in between heavy downpours that did little to dampen spirits. Photo: Lee Brennan

After the racers left the area many took to their bikes to enjoy the empty roads and some cycled as much of the empty course as they could. Perhaps some young cyclists started on their path to becoming future Olympic GB stars! 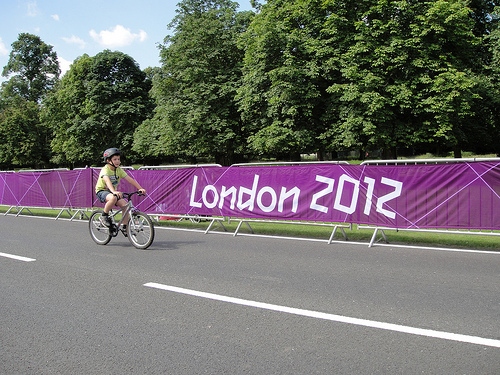 Next up are the Time Trials on Wednesday on a looped circuit and will be the last chance to experience the Olympics on our doorstep. A test of the circuit will take place between 10-12 Tuesday lunchtime which will require a rolling road-block. More pics from both road races can be found here.