Competing Olympians will be gracing our streets again on Wednesday 1st August for the last time during the London Olympics.

The Cycling Time Trials will see elite riders head around a course that begins and ends at Hampton Court. There is a ‘hot throne’ that the holder of the fastest time will sit on until overthrown by an even quicker one, inspired by the Royal palace.

Hopes of the first GB gold medal of the Olympics are firmly focused on Bradley Wiggins who demolished the opposition at the Tour de France time trials. He is hoping to become the first man to win both the TDF and Olympic gold in the same year. Bicycle retailers have already reported a spike in bike sales after the French result and the Olympics could create even more interest in the sport. 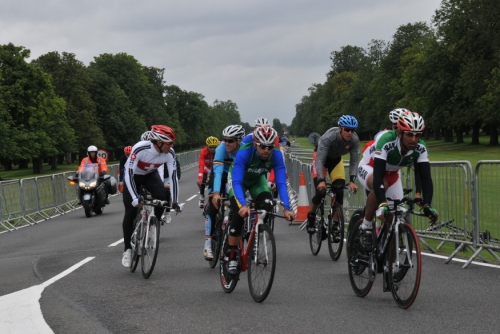 At the rehearsal today there was some confusion over the different Men’s and Women’s routes and also reports of punctures so no result is certain. Hampton Court Road is already closed (Tuesday night) and other race route roads will close from 5:30am on Wednesday. ELAP (crossing points) will again be in operation and close 1.5 hours before the cyclists cross the road in question, race-route roads will re-open as soon as possible but will almost certainly closed during evening rush hour.

Riders will set off from Hampton Court at 90 second intervals so fans won’t have to wait long in between each of the competing 24 women and 37 men. Regular marshaled crossing points will allow pedestrians to cross in between competitors. Wiggins fans can also show their support by donning this fetching cut-out hair & sideburns from tomorrow’s edition of The Daily Mirror! 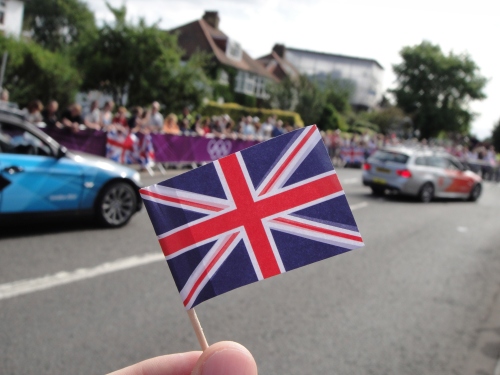 Many residents were expecting both races to be heading through Teddington but the Women’s race (29km) actually will go directly from Kingston Bridge towards the Hampton Court finishing line. The men’s route (44km) has two extra ‘loops’ – adding the destinations of East/West Molesey and Teddington & Bushy Park.

For more information about the Time Trials along with the running order of riders, visit the Inner Ring website. Both pairs of TeamGB riders are setting off relatively late in the running order as they are in very rough seed order.

Women’s Time Trials: 12:30-2:15pm. Men’s at 2:15-4:30pm. Men will complete the course in roughly 50 minutes and 40 minutes for women. That would mean women at Kingston Bridge from about 1pm and men starting to pass through Teddington at approximately 3pm.