A huge number of visitors headed to the area to cheer on the Time Trial cyclists and thankfully brief showers just before the Women’s race soon cleared up to leave a mostly dry and sunny day it their wake. 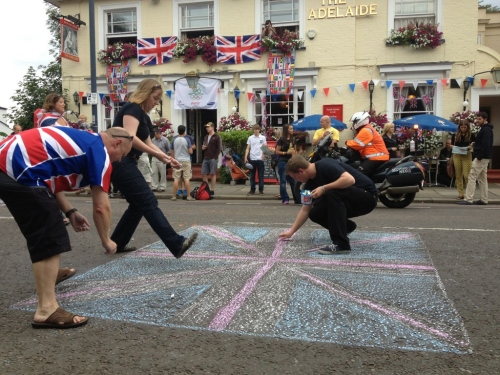 Flags and good luck messages were chalked on several roads including outside The Adelaide, which had such a busy day that it ran out of beer! Photo: Daragh Minogue. 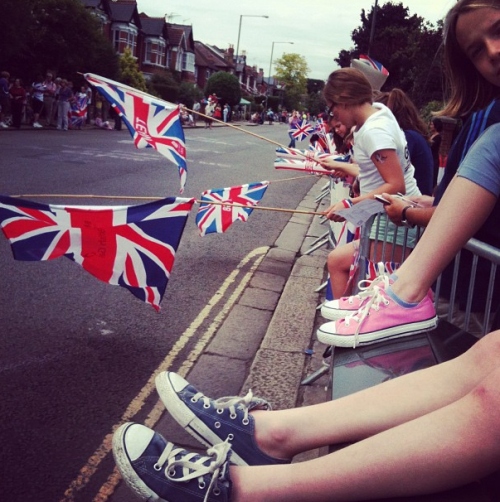 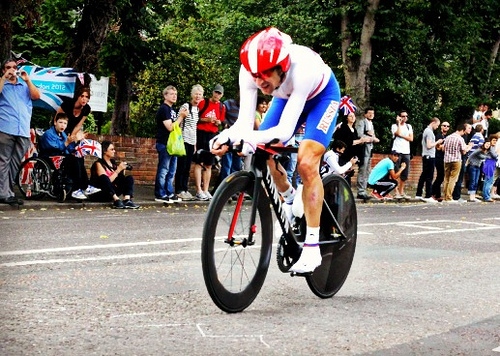 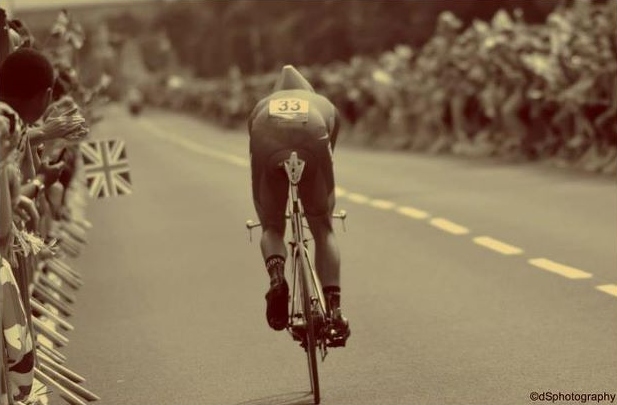 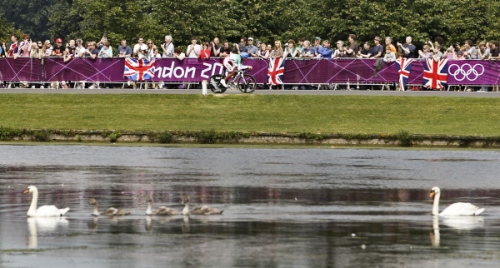 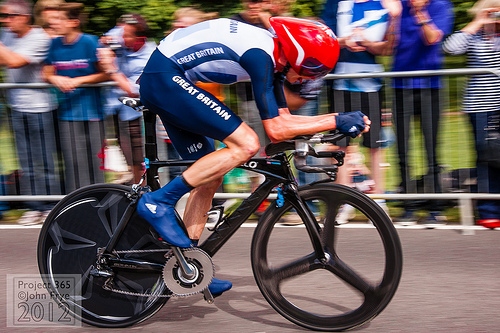 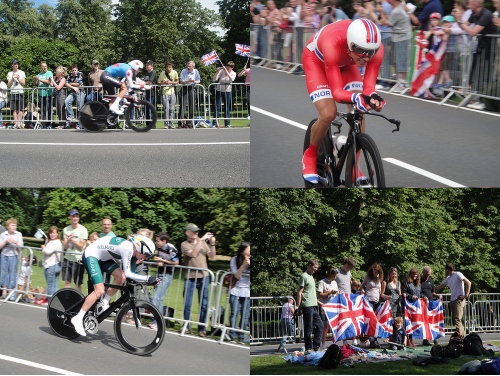 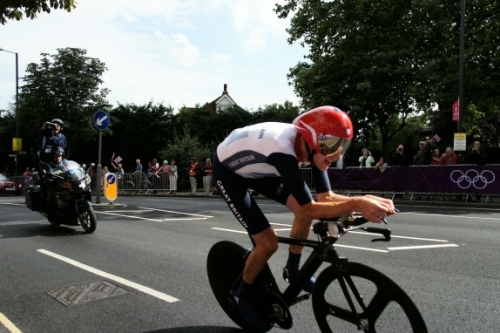 Bradley Wiggins on his way to a gold medal, tailed by a camera crew. Photo: Paul Bramwell.

Not long after the Men’s race had finished, workers started dismantling the barriers and putting back street furniture to the roads including some unusual removable traffic islands on Park Road.