Commuters on their way home from the station were greeted the sight of what looked like quite an impact on the zebra crossing.

Police were alerted to the crash by a loud bang right outside the Police Station. It appears as though an Olympic Bus had hit the pole with some force – enough to push it to an angle of 45 degrees. 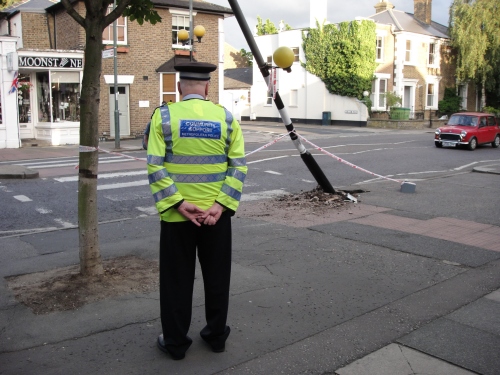 The London United ‘Club Wembley’ bus was luckily empty at the time and left parked up the road whilst repairs to the lamp-post were already being planned. If as the destination suggested, the bus was destined to ferry spectators or staff to Wembley Stadium then it was probably taking a lesser-known route but it’s not known how it strayed on to the pavement.

Due to the force of the impact, the bus also came off worse for wears with a cracked wind-screen and missing front panels. 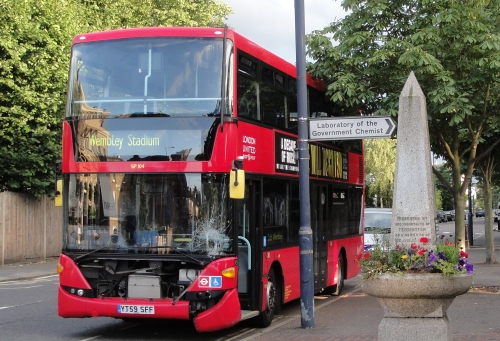