Mo Farah tonight became only the seventh man in history to win both the 5,000 and 10,000m distances at the same Olympic Games.

His strong sprint finish left rivals trailing on the home straight and his gold helped take Team GB’s total to 28 going into the final day of competition. Mo’s management company Pace announced on Wednesday that if he won the 5k the location of his second gold post box would be in Teddington (the first being in Isleworth for the 10k).

Look out for our painters in Teddington tomorrow. @Mo_Farah will have a 2nd #GoldPostBox appearing there in the morning!

Mo has chosen the post box near Sweatshop where he used to work, in the town where he moved to in 2006 to train with other Pace-managed long distance runners – a move that introduced him to world-class training. Despite soaring to international success Mo has returned to The Sweatshop and St Mary’s to give talks and advice to budding young runners. 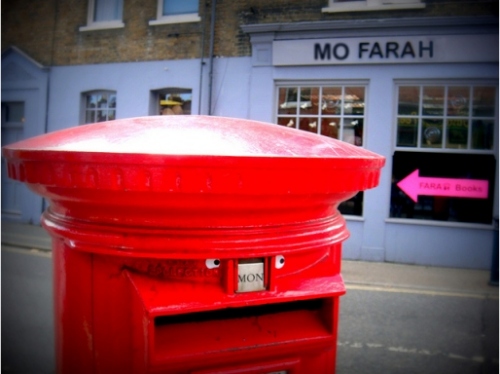 The post box awaiting the gold treatment, near Fara charity shop (altered digitally for Mo tribute). It can be found on North Lane, opposite Teddington Essentials – location here.

He has been a regular face in the area through training in Bushy Park and was one of the first athletes at St Mary’s newly formed Endurance Performance Centre. Many St Mary’s GB athletes have seen success at the London Olympics such as track stars Andrew Osagie who reached the 800m final and Ross Murray who reached the 1500m semi-finals.

Another success story from St Mary’s Endurance Performance and Coaching Centre is Teddington resident Jo Pavey who reached the 5,000m final and clearly enjoyed competing in her home country in front of the huge crowds.

Another former Sweatshop name Scott Overall was the last to leave the TeamGB training camp in Portugal and will be representing GB for the first time at the marathon. Teddington resident Mara Yamauchi represented GB in the women’s marathon but had to pull out due to injury.

Royal Canoe Club members Jessica Walker and Tim Brabants both reached the finals of their events but missed out on medals. Despite being hampered by injury, Tim remains the greatest canoeist his country has ever produced and in his own words, we haven’t seen the last of him yet!

[Update] Royal Mail were up early on a Sunday to paint the post box before 9am! Word spread quickly and there was soon a queue of people waiting to have their photo taken even before the paint dried. 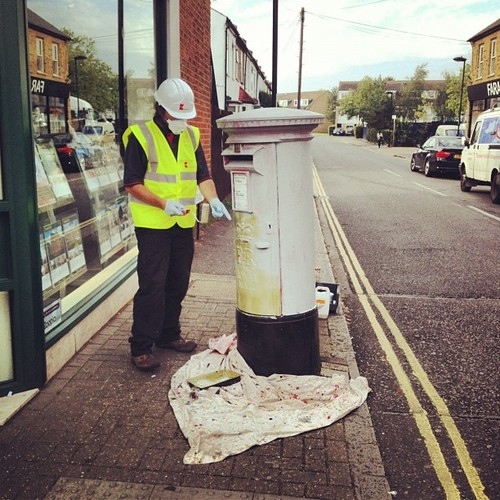 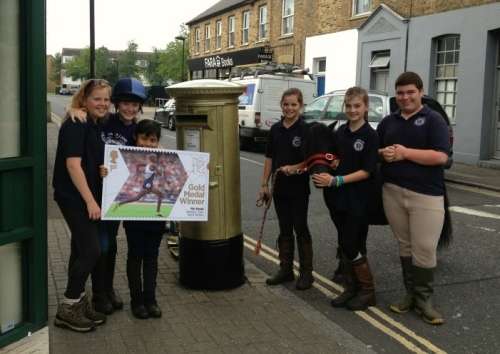 Park Lane Stables with Barney the Shetland Pony were amongst the first in line for a snap with the accompanying new Mo stamp. They were also the first to post a letter in the newly painted post box. Photo: Anna O’Neil. 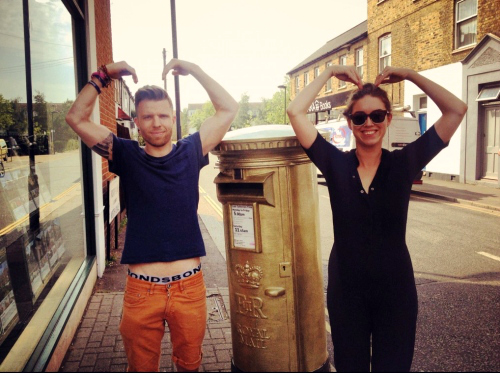 Gallery of some of your photos, Sweatshop are kindly providing some prizes for the best pics – £20 voucher for Gold and £10 and a pair of Puma socks for Silver and Bronze so get snapping & mention to @teddington_town on Twitter or email them to contact@teddingtontown.co.uk.

[Update 21/08/2012] Photo entries are now closed and winners will be chosen soon (winners names will be posted here and contacted separately).

Fara last weekend added a real ‘Mo’ to their shop sign as their own tribute after many commented on the similarity of the names. 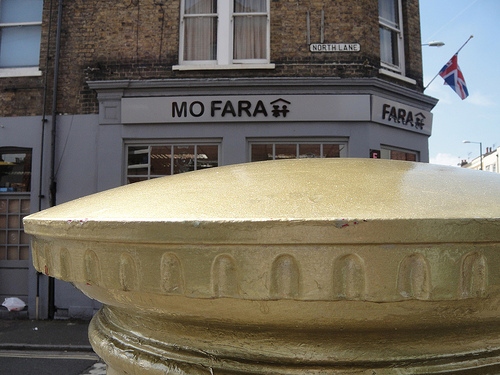 Also late on Monday night another golden postbox popped up in Teddington – this one was a guerrilla effort outside the Post Office to pay tribute to Tim Brabants for his gold in the Beijing Olympics. 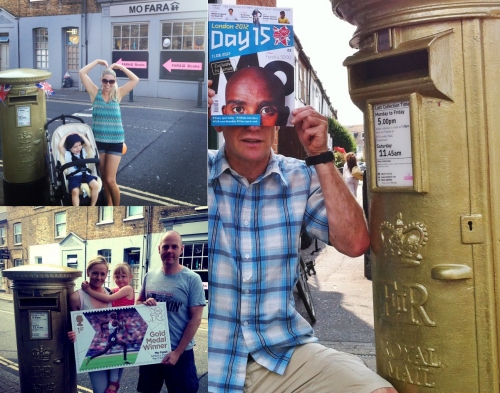