After months of rumours it turns out that Nando’s have been in negotiations to open a new restaurant in Teddington – plans have been submitted for various aspects that would see this restaurant move into the newly created empty space in Park House adjacent to Travelodge.

Plans are now online for external seating, sign and menu boxes and the general front & signage. There is no application for the restaurant itself online that would show details such as the number of seats that could be available. Almost all Nando’s have a takeaway counter so it’s likely that this would be present too.

[Update 02/11/2012] Additional plans for the air-conditioning and extractors show the proposed restaurant layout – it appears as though take-away counters are present along with a waiting area and approximately 150 seats would be available (including outside). As the site already has permission granted for restaurant use, Nando’s only has to apply for the outside seating and frontage/advertising separately (as above links). Their aim is to open this restaurant in February 2013.

The plans are likely to divide opinion – many diners are welcoming the news and it will probably bring trade to the area but perhaps at the expense of existing cafe’s and restaurants. Lack of parking is already an issue in the immediate vicinity and it’s not clear where new customers would park. 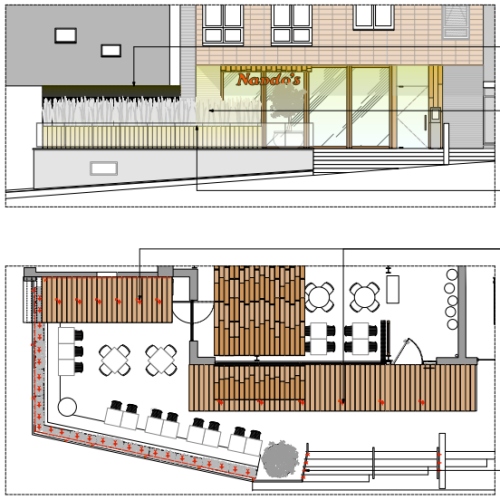 Halfords Autocentre have applied for planning permission to change the use of an office unit (previously Visual Impact Group) currently in Teddington Business Park (in between Travelodge & the Station) into a car repair, servicing and MOT Centre.

The planning application documents state that “Halfords is not a fast fit operation but an MOT, service and repair business where vehicles are typically on site for longer periods of time. The company therefore has lower turnovers than other operators… Halfords will be able to accommodate up to 5 cars inside the building at any one time, with any overspill (i.e. cars awaiting collection) using the external car parking spaces.
..In addition to bringing a vacant unit back into use and creating six new full-time jobs.” 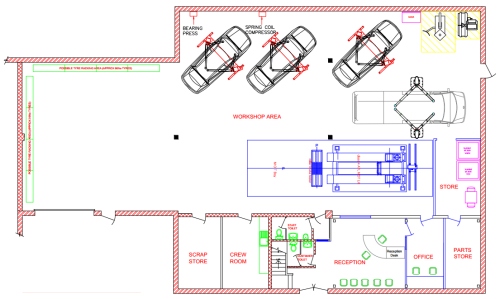 Plans to demolish & rebuild the buildings & use the empty land at 210 Kingston Road (am/pm convenience store & flats) were refused in April but developers have appealed this decision. This proposed redevelopment has again raised concerns from local residents that led to the council refusing the decision on the grounds of over-development (therefore out of character), without adequate parking and lack of soft landscaping and amenity space.