Early in January, a cashpoint capture device at Barclays swallowed at least one card that was logged with attempted use at Tesco and Sainsbury’s.

Devices do sometimes appear on cashpoints in the area – always shield your PIN in case it is being recorded from a camera above and alert staff or the police if you believe a device has been added to the ATM. Note that the below blue devices now found on local Barclays cashpoints have been confirmed officially as being anti-skimming protectors. 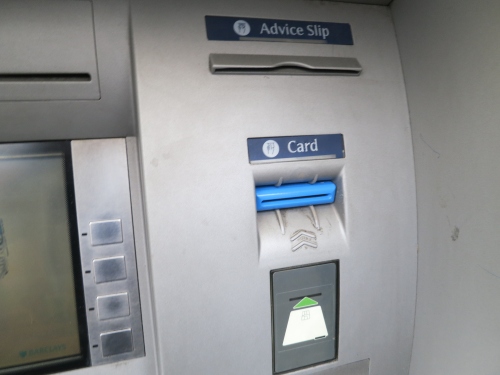 Richmond Police have started a ‘Wanted Not Known’ scheme designed to find those that they wish to talk to in connection to local crimes. The latest edition includes a female wanted in connection with shoplifting in the Teddington branch of Boots and an elderly lady in concerned with an assault on the 33 bus.

As the investigation into the tragic events in November of last year continues, police are still seeking identification of these two individuals, believed to involved in the violent disorder on the High Street. 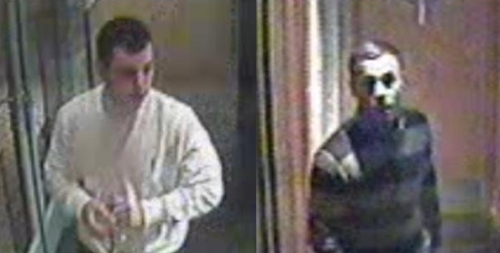 Several cars have been recently broken into in Hampton Wick and Teddington areas – drivers are reminded not to leave any valuables on display in their cars when they are left. There has also been two residential burglaries in Avenue Gardens – in both cases entry was through the rear of the houses and a tidy house search led jewellery to be taken and unusually also a microwave.

A Teddington-based jewellery designer was shocked to discover a large amount of her distinctive hand-made silver jewellery had been stolen. Valued at £2,000, the unique collection was built up over two years so if anyone has seen any similar pieces being sold, get in touch with Police. They can be identified by the registered hallmark initials ‘CB’ and include four necklaces, six rings, three bangles and some pins and brooches. 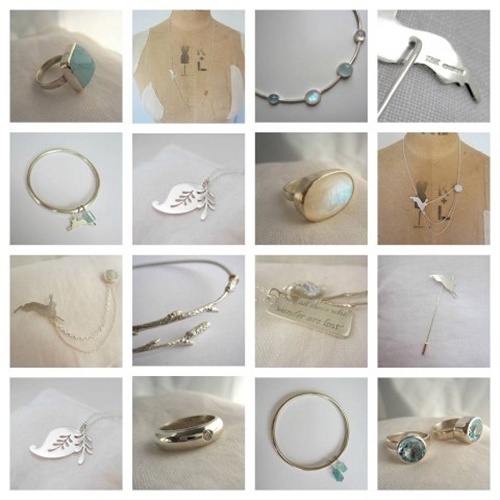 Kitchen Sync was the victim of distraction theft in 2012 and this year an attempted theft of a coffee machine shows that the area is still being targeted. Local shops have also noticed a surge in fake £20 notes in the area – if you suspect someone has fake bank notes or find someone trying to pay with goods using them you can the police on 999.

A break-in at the listed Landmark Arts Centre building will end up costing the charity much-needed money. A small amount of cash was taken from a collection tin after thieves broke in via a 19th century window which will now need to be repaired. At the other end of the high street, a shoplifter recently attempted to leave Tesco without paying for goods but before he could escape he was stopped by shoppers until the police arrived and arrested him. Tesco now have security guards posted at both ends of the store.

[Update] There have been reports of purses being stolen from the back of unattended pushchairs from inside shops in Teddington so please take care of unattended belongings.