A serious fire yesterday in Holmesdale Road saw the closed to traffic and several ambulances and fire engines from Twickenham, Kingston and Surbiton fire stations attending the blaze.

An elderly woman was rescued from the building before services arrived, by a man believed to be a neighbour. The fire looks like it was started at the back of her home and was extinguished within half an hour of the fire brigade being alerted. 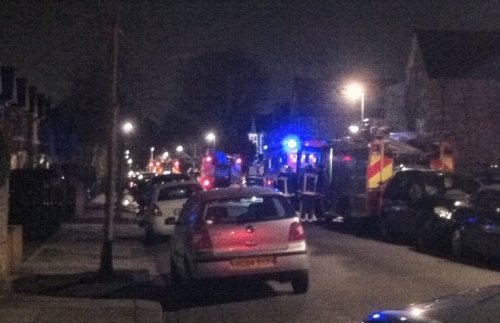 The elderly lady was taken to hospital and treated for smoke inhalation and is believed to have received no serious injuries. The ground floor was severely damaged and unfortunately it was discovered that a dog died in the fire.