Details have been added to the Teddington Riverside website that give an idea of the size and shape of the housing development that could be built when Teddington Studios and Haymarket leave Teddington. 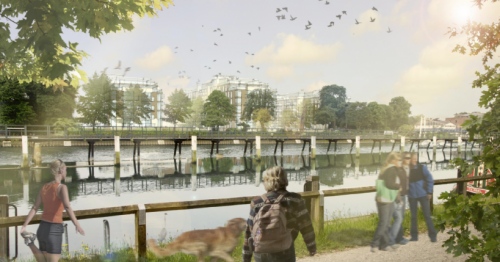 It now seems certain that as well as the Studios moving, Haymarket will also relocate to elsewhere in the borough – currently talks are underway with Richmond College to create a new headquarters in an education and enterprise” deal.

Haymarket’s current aim is to move to a new office location in the next three years and the proposal could see the media company working closely with Richmond upon Thames College and forming part of a redevelopment of this education centre, which Richmond Council is funding with £10 million. 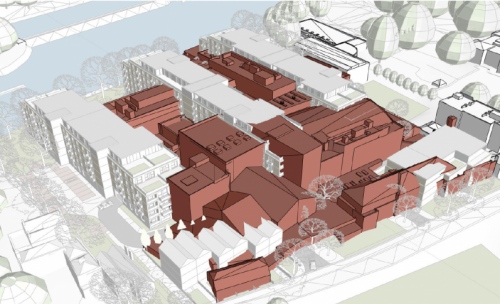 The initial plan for housing on the site is to include a mixture of 250 apartments and townhouses – arranged largely within three main buildings which will open up views to the river from Broom Road. The apartment buildings will be lower than the tallest building currently on the site and new dwellings would be accompanied by underground on-site parking to alleviate parking on surrounding streets.

The current private site has 140 metres of river front which is unavailable to the general public, the development would open up access to this section of the river and plans to retain the history of the site are also stated – with the retention of blue plaques and heritage information boards along a riverside walk. 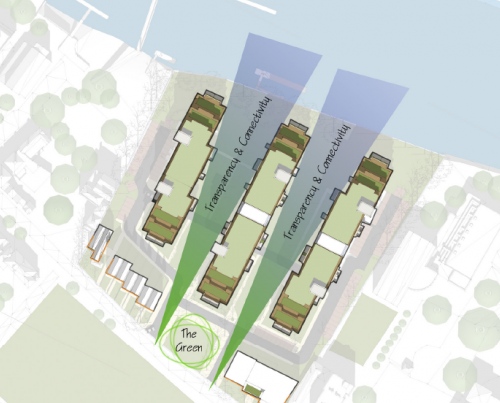 Scheme objectives are also listed alongside the plans that include reducing the overall building mass and creating a residential development that is more in keeping with the character of the surrounding area.

[Update 18/07/2013] A press release from the Riverside team following local community feedback the first exhibition can be found here. 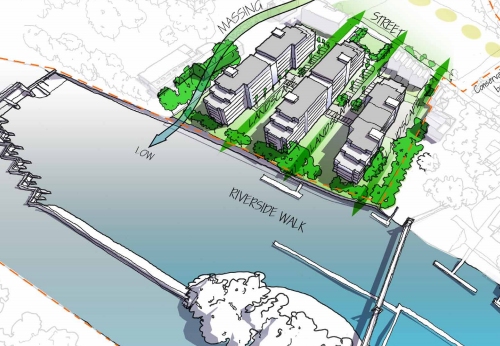