Plans for the redevelopment of the Teddington Studios site have now been submitted to the LBRUT planning application process and are available online for comment.

Following comments and concerns from residents and interest groups, the layout of the buildings have been revised to create more open space on the riverside, the height of buildings has been lowered and the number of homes reduced from 250 to 219. Also cited as a concern, 258 parking spaces will be included via ground level and underground parking areas. 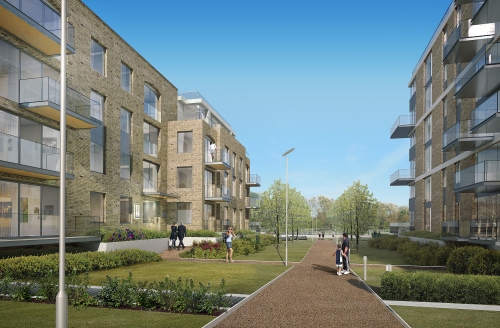 The proposed plans include more open space along the river for the local community to enjoy – a landscaped area which can be accessed via two boulevards leading from Broom Road to a riverside promenade along the entire river frontage of the site. The existing blue plaques that commemorate many of the stars that have performed at the Studios will be incorporated within this public area in order to mark the history of the site.

[Update 20/06/2014] The Richmond College and Haymarket plans have been given the go-ahead from the Government and once plans are agreed with Richmond Council, construction on the project will begin in the summer of 2015 with Haymarket’s new HQ due to be completed in late 2016. 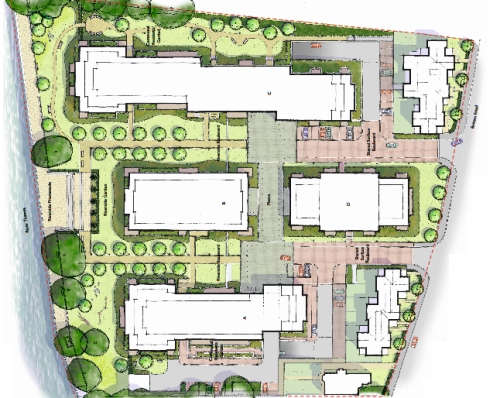 The £30m London Square development planned for 101-105 Waldegrave Road has been in the media lately after it’s approval by Richmond Council. The 0.9 acre site is a former light industrial (originally a dairy) and office building – work on the 24 dwellings with basement parking will begin this spring.

A £14million five year plan has been approved by the Lensbury Board to improve and refurbish many buildings and leisure facilities, create an outdoor pool and extend the existing gym as well as adding a heavy weights facility. Amongst the plans is a riverside restaurant which for the moment is withdrawn citing ‘impact on MOL and flooding issue’.

Spurred on by the recent floods, ThamesAwash is a campaign to pressure the government to go-ahead with already approved “Lower Thames Flood Risk Management Strategy (RTS)”. This proposes measures to reduce the risk of flooding via the construction of three flood diversion channels and improvements to Sunbury, Molesey Weirs and Teddington Lock.

If you wish to sign the petition to register your support for the scheme, you can sign this online petition that could protect 21,000 homes on this stretch of the Thames from the effects of flooding. 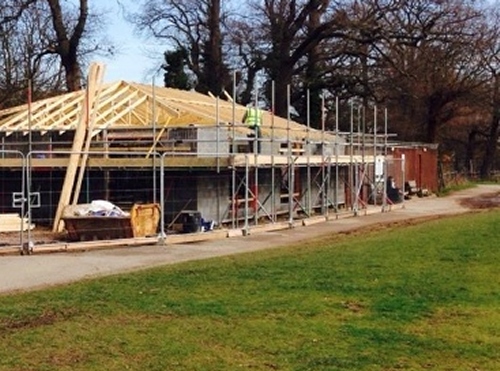 Also the mews-style houses on the previous site of Kingston Road petrol station have started to take form with basements already created and frames constructed. 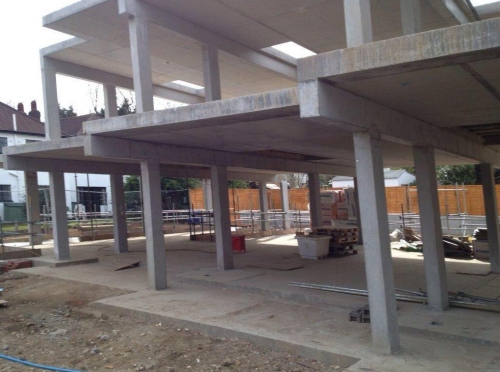