Teddington was awash with blue lights and sirens at around 7:30pm tonight.

One of London Met Police helicopters was seen circling an area near The Park Hotel and posted online that it was assisting local officers.

Teddington area. Assisted to search for suspects on rooftops. @MPSRichmond

The Causeway and Park Road were closed as many emergency vehicles turned-up en-mass. 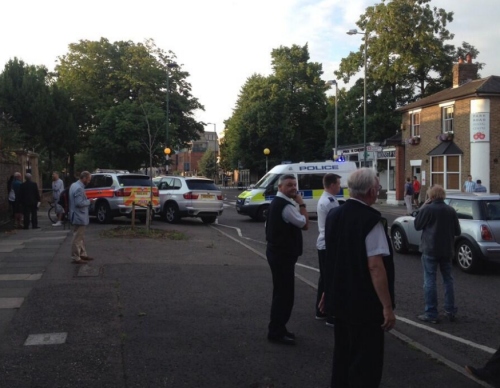 A firearms unit was seen moving towards The Causeway – soon after they entered the ex-Bottoms Up building accompanied by a Police dog team and a lot of shouting. Not long after they left the building with no sign of any suspects. 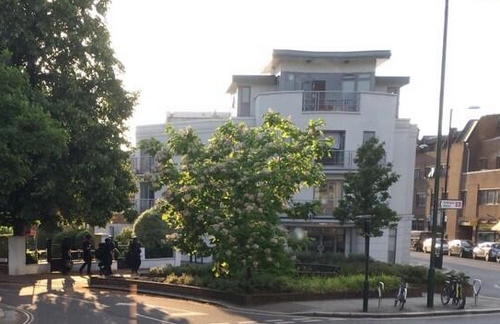 For a while Broad Street, The Causeway and Park Road were completely closed to traffic and buses and other vehicles were diverted along Queens Road. Police started re-opening roads just after 8pm.

[Update] A BBC Correspondent has stated that it was a pest controller on the roof with an air rifle. 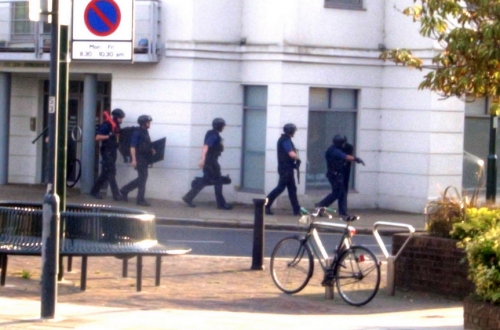 A close-up of the armed response unit by Mr Walker.