Udney Park, Teddington is currently the topic of heated debate around the local area as there are proposed plans to build elderly care facilities on half of the playing fields. 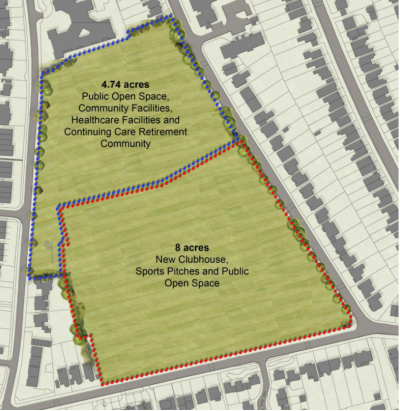 A consultation will be held by Quantum Group at The Clubhouse at the former ICL ground from December 8 from 11am to 4.45pm, December 9 from 2pm to 8pm, and December 10 from 10am to 2pm.

The plans, proposed by the developer have come under great scrutiny as some residents believe that the playing fields should be protected and that Quantum are exploiting the land for financial gain.

The proposals will see 34% of the park used for the care homes while the rest will remain sports pitches, the area is currently used regularly by a variety of sports teams including Teddington RFC who supported the plans.

Locals opposing the plans believe it shoul dbe kept entirely for sports use as it had belonged to the Imperial College London.

Gareth Bullock, from Friends of Udney Park, said: “Our view is that it’s like taking someone’s dinner away, giving them half of it back, and asking them to be grateful.

One thought on “Udney Park update: Locals asked to give their views on controversial plans”