Park users will have noticed some unexpected visitors in the last couple of days.

Upper Lodge car park (previously ear-marked for closure) is currently being occupied by a film unit who are on site to film scenes for the as yet untitled sequel to Sherlock Holmes starring Robert Downey Jr and Jude Law. 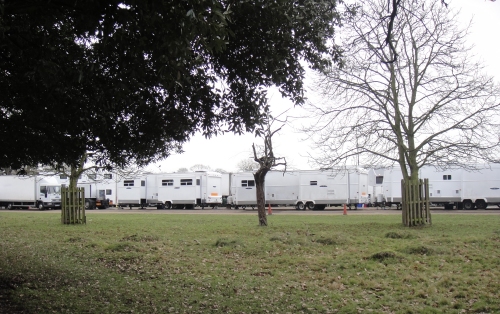 Film crews will be working on location and in and nearby Hampton Court until the 28th of January. Last October part of Richmond Park was transformed into a gypsy camp for other scenes. The crew trailers also have generators and floodlights so it looks like some of the filming may be taking place after dark. 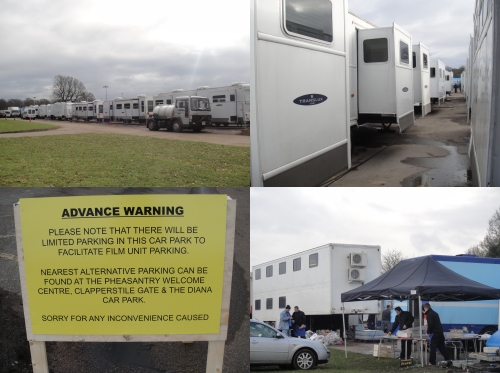 Due to the number of vehicles on site, currently only the grass overflow area is available to the public hoping to park here.

Perhaps filming within London’s Royal Parks is something we might see more once control has been handed to the Mayor in 2012. Under current proposals, The Royal Park Agency would become part of the Greater London Authority which brings it under the Mayor’s control.

Boris has repeatedly promised that the character of London’s green spaces will now be retained but a drop in funding will have park managers looking for new ways to help raise funds and maintain the parks spaces. Details are still being planned but it is thought that the new ownership will make the running of our parks more accountable to the public.