Heathrow Airport has begun commencing a second airspace trial for departing aircraft when on easterly departure routes (marked below with stars). The 3 routes that are affected by the trial are known as Southampton (SAM), Midhurst (MID) and Compton (CPT).

Each departure route has a centreline and a 1.5km swathe either side of it. Aircraft have to follow these routes up to a height of 4,000ft when they are taking off from Heathrow. 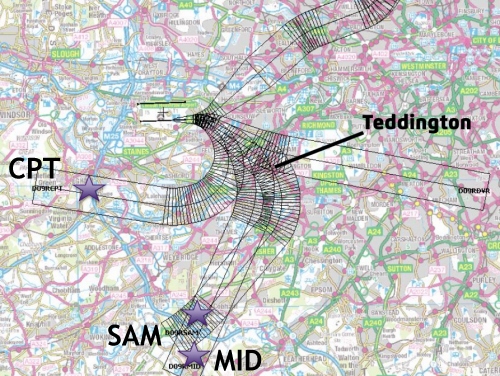 This follows a previous 6 month trial which saw alterations to BA flights from Heathrow along the MID route where some planes flew nearer Teddington and others further away. The results of this trial will be published in September. The MID route (below) will again see alterations which will see an increase in flights over the very west corner of Bushy Park. 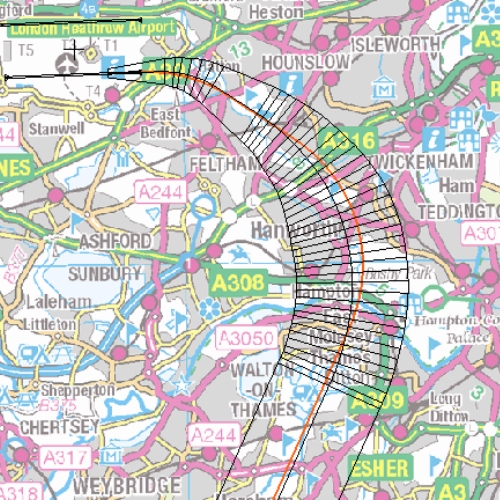 The SAM route (below) currently dictates a flight path directly over the centre of Teddington – this is to be altered to be more to the west, moving air traffic from near the river, to be more over the Broad Street/Bushy Park area and from central Teddington to more over the edge of Bushy Park. The CPT route trial has been delayed until further notice. 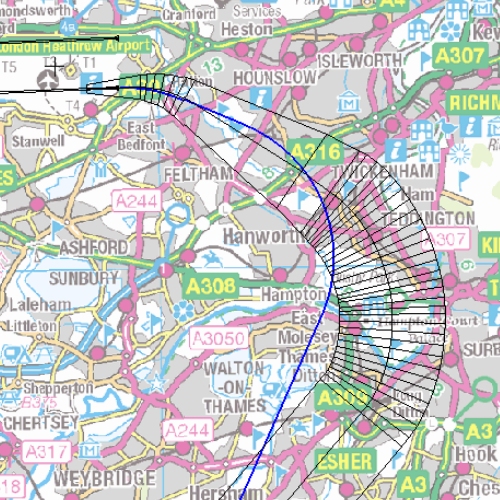 These trials are to test concepts to enable pilots to rely less on ground-based beacons and towards more resilient airborne technologies, also to reduce holding times at the airport and therefore departure delays.

Before the trials started local authorities, residents groups, campaign groups and MPs were informed of the details, but many Teddington residents are not aware that trials were taking place this year. Throughout the trials, Heathrow Airport is seeking feedback from residents to help shape the final airspace design. A public consultation in 2016 will help shape the final new design of Heathrow airspace. 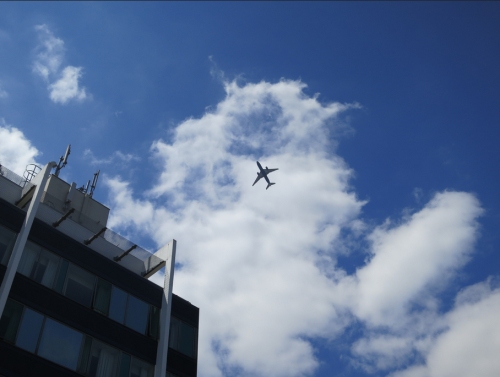 [Update 04/09/2014] To see who might be finding aircraft better or worse during the trial, post below or tweet @Teddington_Town with your road name or postcode and whether you feel noise for you has improved or got worse since the end of July.

*Please don’t base this on just one night’s noise – the weather has exaggerated recent evenings plane noise*. The results of this feedback will be marked on this map.

[Update 09/09/2014] Even before a public consultation is announced, Heathrow have asked that feedback is sent to noise_complaints@heathrow.com including your name, address, postcode and phone number if you feel you have been adversely affected by the easterly trials.

[Update 15/09/2014] More information can be found here including responses from Heathrow, maps showing the effect of the trials and a petition to sign.